The monomers played a very significant role as it transpires from the high percentage of such structures represented in the important chemical commodity list. The availability of cheap chemicals and more diversifications heightened the interest level in monomers and slowly this gave rise to the plastic age.

Some hybrid materials arising from copolymerization between both types of monomers were also developed during this time. The boom in petrochemical produced spectacular diversification in the structure available through the period of industrialization and this led to the development of organic chemistry.

What Types of Atoms are Found in Proteins?

In globular proteins about one-third of the residues are involved in tight turns that reverse the direction of polypeptide chains at the surface of the molecules and thus make possible the overall globular structure. These reverse turns or loops may be regarded as a third type of ordered secondary structure. The reverse turns are usually classified according to the number of residues they contain and the types of secondary structures that they connect. 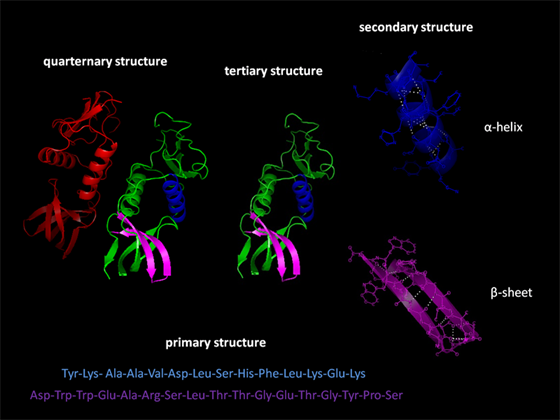 Proteins are composed of carbon, hydrogen, oxygen and nitrogen covalently bonded and in some proteins the presence of sulphur is also observed. The basic building blocks are the 20 amino acids which vary in length of their carbon chain backbones and atoms connected to that backbone.

What are the Building Blocks Monomers of Proteins?

Although there are a few other amino acids in some proteins we need to differentiate as per the variation in molecular size of different proteins. Since these building blocks of amino acids are of 20 different kinds, 10 are very essential and 10 are not so essential, so all the permutations and combinations of arranging close to 90,000.00 proteins make a huge effort. The complexity and specificity of proteins.

The building blocks of nucleic acid chains are nucleotides. These nucleotides are composed of three simpler units, a base, a monosaccharide and a phosphate.

The list of proteins consists of both very essential and not so essential list where it is further classified into water-hating or hydrophobic and water-loving or hydrophilic along with proteins which is neither water hating nor water loving in nature.