As kids, all of us have enjoyed watching the skies, the clouds, the rain, the rainbows and collecting hailstones. Watching an aeroplane pass or spotting a rainbow after a shower are the little things that amuse us, no matter how old we are, right? Here is a chance for you to learn the names of the colours you see in a rainbow. Check out the article to learn more about rainbows and how they are formed. 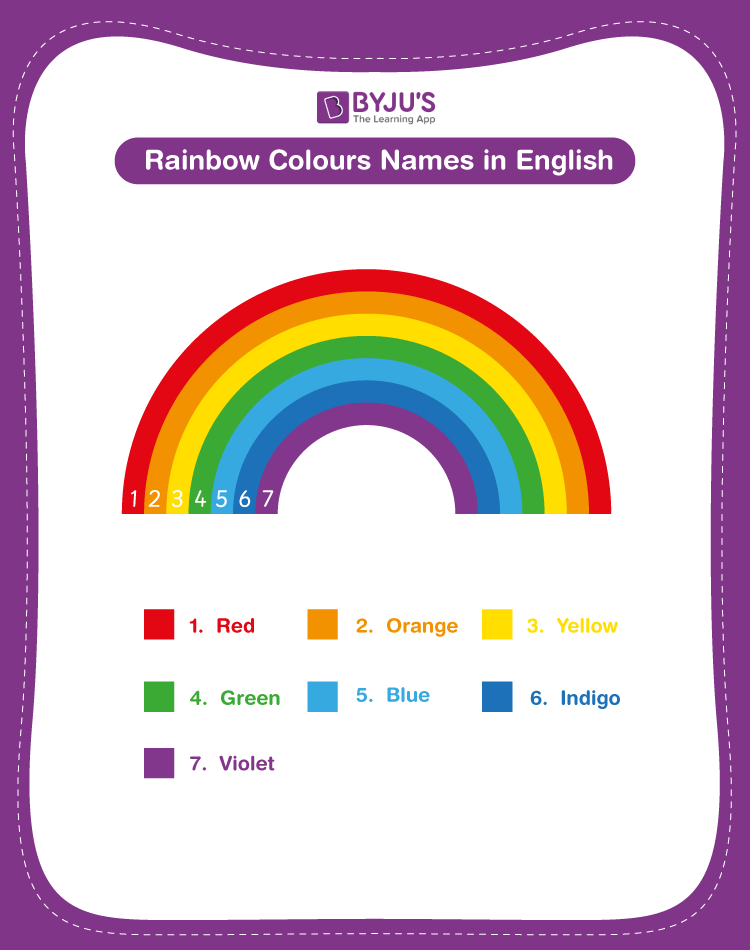 Don’t we all love watching rainbows after a heavy shower? But have you ever wondered how rainbows are formed? Well, in this article, you will learn how rainbows are formed. A rainbow is a phenomenon that is caused by reflection, refraction and dispersion of light in water droplets resulting in a spectrum of light appearing in the sky. For example, if you take a prism and a white paper and pass a ray of light through the prism, you’ll notice that a brand of seven colours or a rainbow is formed on the white sheet of paper. So, when a rainbow is formed, the sky acts like a white paper or canvas and the water droplets present in the atmosphere act as a prism through which the sunlight passes through and forms a rainbow arch.

What are the colours of the rainbow?

The easiest way to remember the rainbow colours is by remembering the term ‘VIBGYOR’ which stands for Violet, Indigo, Blue, Green, Yellow, Orange and Red.

How many colours are there in the rainbow?

There are seven colours in the rainbow.