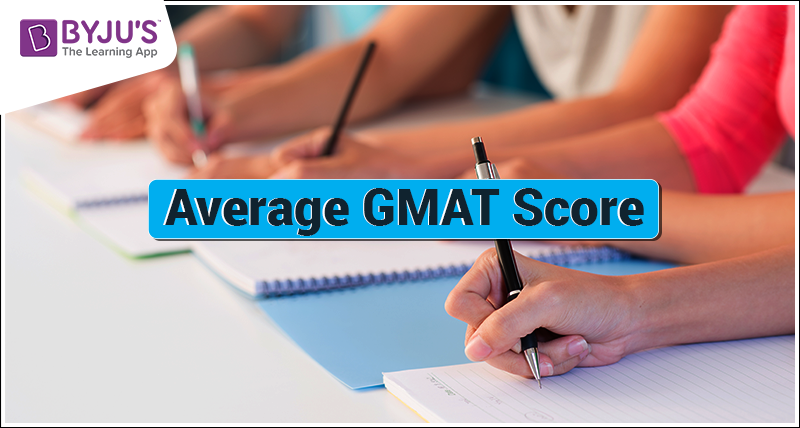 GMAT aspirants often wonder: ‘Is my GMAT score good enough to secure a seat in a reputed college?’ or ‘ What is the average GMAT score for top B-schools?’ Generally, GMAT score is not the only criteria for the selection process; there are four other factors which also influence the admission chances – i.e.

GMAT scores, however, play a crucial role in the admissions process. Though the average GMAT scores are between 650 – 700+ for most of the top universities, it is always better to score closer to the higher score range rather than the lower. Some business schools in addition to accepting GMAT scores also require candidates to submit their scores in English proficiency exams like – TOEFL, IELTS and PTE. The GMAT exam has a duration of 3.5 hours and comprises of 4 main sections :

It’s been a trend in the last few years that average scoring test takers gain admissions into some of the best-ranked B-schools. Though few top b-schools raised the average GMAT score bar for their MBA admissions in the past 4-5 years the number of colleges which have done so is very few in number.

If you’re planning for an international MBA, here is the list of average GMAT score required at some of the top B-schools across the world (US, UK, Europe, Canada, Australia).