Critical Reasoning (CR)  is one of the most dreaded sections of the GMAT exam. But as many as 13 questions of the Verbal section of GMAT are drawn from this section. Hence, you can not afford to overlook this section.  Fortunately,  there is no need for you to do so. For some question types there are a handful of basics you need to know and for others there are none. 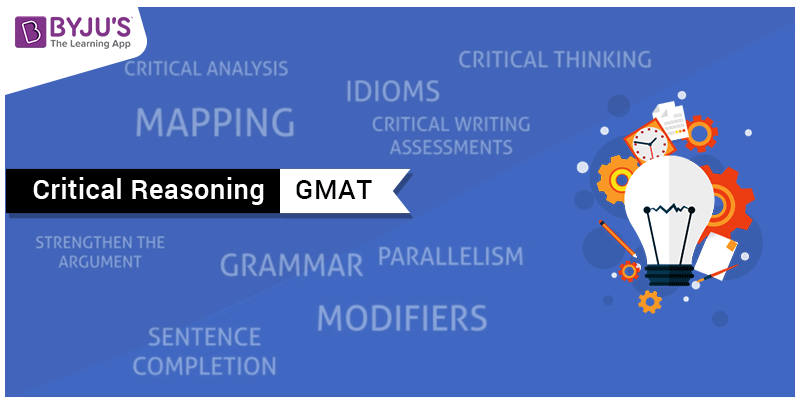 The most important but easy skill set you need to cultivate within yourself is the ability to remember conclusion and the underlying facts of a given argument by reading it once. Having said this, don’t expect yourself to do so from day one of your preparation. This can happen only if you have consistently worked with  CR questions over a period of time.

Let’s start the discussion of Critical Reasoning by delving upfront into the question, “What is an Argument?” In our day to day life a single statement made by a person can be taken as an argument by the listener of the statement but when it comes to GMAT a single statement can  never be an argument. An argument of GMAT, in its simplest form, consists of a conclusion  preceded by a few facts that form the basis of the conclusion. But you should not try to find a conclusion in every argument that you encounter in the CR section of GMAT. Presence or absence of a conclusion depends on the nature of the argument you  are dealing with at any given point of time. Oftentimes, you will find two facts which are contradictory to each other and you are asked to resolve the contradiction.

But now, we will limit our discussion to arguments which have conclusion(s). Many a times it is easy to identify the conclusion of the argument on account of the fact that the conclusions are preceded by Indicator words such as Therefore, Hence, Thus, Consequently, Finally etc. This typically happens when the author chooses to end his argument with a conclusion. But there are times when the author chooses to place the conclusion at the very beginning. In such cases, He will try to justify his conclusion by putting forth reasons for the same. These reasons in turn will be preceded by words such as since, because, for that reason, for etc. These words in GMAT lingo are known as premise Indicators.

Now the questions that arise  are what if an argument is devoid of any type of  Conclusion   and Premise Indicators ? and  How to recognize the conclusion and premise of such an argument ? The premise and conclusion of such an argument can be recognized by utilizing a highly dependable (but not infallible) tool  known as, “The Why test”. I will explain the application of this test with the help of an example. Look at the following argument.

A conservation group in the United States is trying to change the long-standing image of bats as frightening creatures. The group contends that bats are feared and persecuted solely because they are shy animals that are active only at night.

Now, Let’s catch hold of the very first statement of this argument and put a “ Why” before it  to find out its role in the argument.