Learning a long list of English Words for GMAT essay writing is not a one day task. To grasp the new words you have to keep on reading articles from newspapers and magazines and try to include those in your daily conversations to understand the actual meaning of those. These will not only help you in achieving a satisfactory GMAT Score but also will assist to polish your communication skills, which is much-needed expertise in the MBA World. 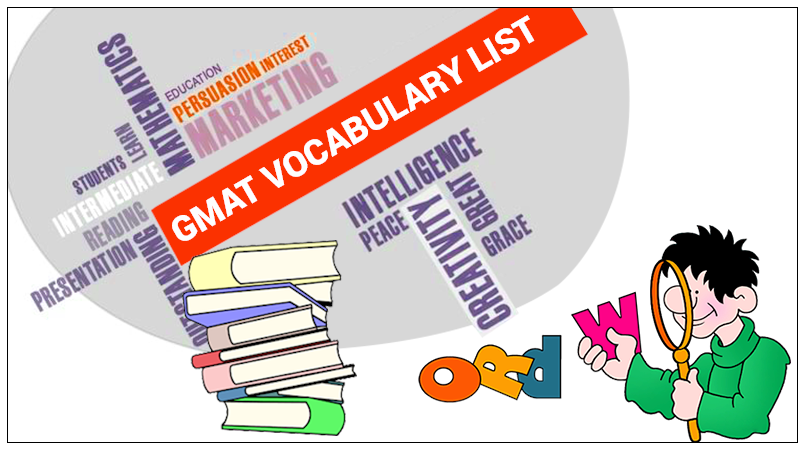 To assist you in increasing and improving your vocabulary, BYJU’s GMAT Masters has developed a Vocabulary Flashcard Cluster.

Some other easy ways to learn GMAT vocabulary are:

Do remember that the GMAT verbal doesn’t test your vocabulary strength in the same way a GRE exam does. The GMAT will require you to distinguish between grammatically correct language vs incorrect language. You will have to identify valid and faulty arguments, read extensive study material and extract only the relevant information. It will not ask you to memorize a couple of difficult words or ask you for the meaning for the same. Since majority of the individuals attempting the exam are non native speakers of English it is essential to prove that you are capable of comprehending the language well and to establish your verbal capabilities by performing well in this section of the exam.

These days education has gone beyond four-walls of a classroom. Online GMAT preparation is the new cool! In this technological advancement scenario, educational institutions are also providing their study materials online or explaining through video lectures, which is a real time saver.

BYJU’S GMAT learning App is one such platform. BYJU’S GMAT Tablet learning program is one such offline course or we shall say, a Classroom, where you can learn and ask doubts, by attending a webinar. There you’ll also get the chance to interact with our GMAT Guru, PN Santhosh, who is a 780 / 800 Scorer in GMAT, 338/340 Scorer in GRE, 100 percentiler in CAT Verbal Section.

Why are Quantitative Aptitude and Verbal Reasoning so Important?

The quant and verbal are the game changer sections in a GMAT Test. The GMAT test score of Quant and Verbal together displays as the raw score as soon as you finish the GMAT exam. After 15 days of your GMAT test, you’ll get your AWA and IR score along with the official GMAT score reports.

The test pattern consists of different difficulty levels which starts from the set of score of 400. The questions from 400 score are set and assumed to be appropriate for an average student. With every right answer the difficulty level tends to increase to next level i.e. 400, 500, 600 and so on. On the other end with every wrong answer your difficulty level will drop down to 400, 300,200. In GMAT test, 200 is considered as grace marks which means no one can score less than 200. This method of scoring is called adaptive testing method, where the difficulty level depends on your performance in each section.