How Long to Study for the GMAT?

Are you planning to get into an International B-school for undertaking management studies? And are you scheduling a GMAT test? then the inevitable question to ask is “How long to study for GMAT?” 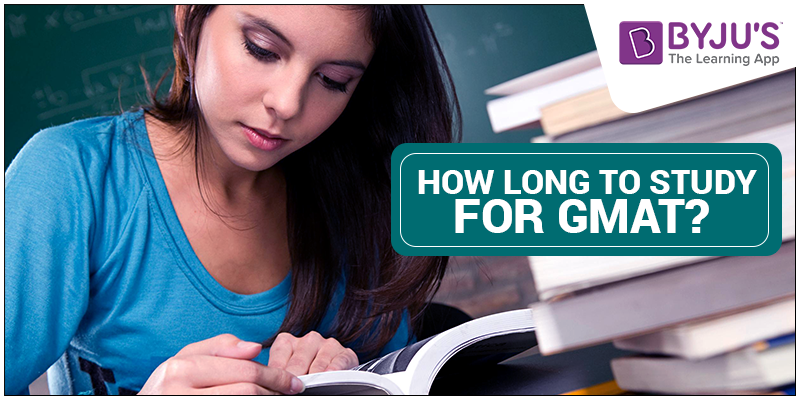 The answer to this question is ‘NO specified Hours’…Sorry, there is no precise number of hours to study exclusively for the GMAT test. The study hours vary from student to student; it depends upon your learning power and intelligence. Perhaps, to study for GMAT you can formulate a goal-oriented study schedule. This will help in identifying your strengths and weaknesses.

Eventually, GMAC (Graduate Management Admission Council), the authorizing body of GMAT test, came out with a survey to resolve the confusion for how long to study for GMAT. On an average, GMAC suggests the test seekers study at least 120 hours before taking the GMAT test. If we talk about the per day study hours, it must be at least two hours. It is estimated that a 700+ GMAT score is worthy enough to get you into your desired B-schools. But chasing a 700+ GMAT score is a very labor intensive process. 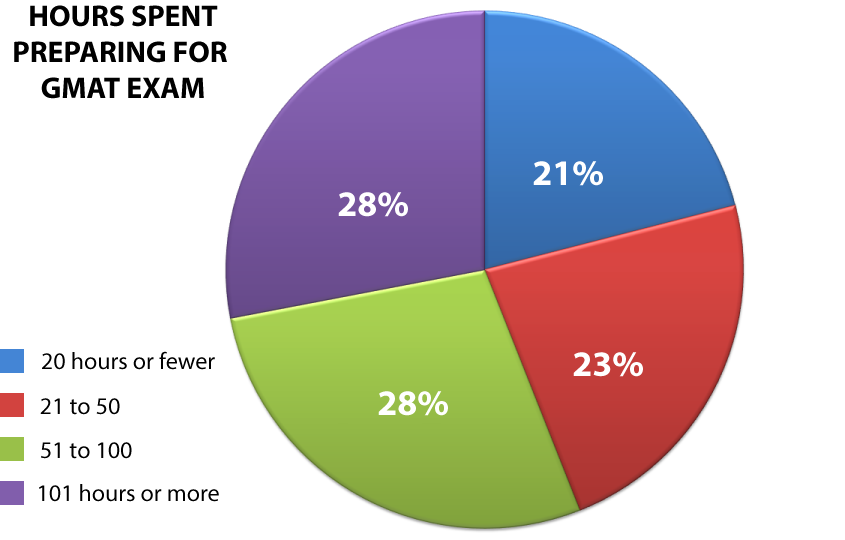 The survey by GMAC revealed some realistic facts; the survey was conducted on 8000 GMAT aspirants in 2011. According to it, most GMAT aspirants devoted more than 101 hours, in their race to achieving a GMAT 700. The percentage of aspirants who secured more than 700 in the GMAT test is 28%.

When we talk about the GMAT scorer who secured less than 700 and more than 680, they spent approximately 100 hours, and their percentage is the same as the 700+ GMAT scorers, i.e. 28%. 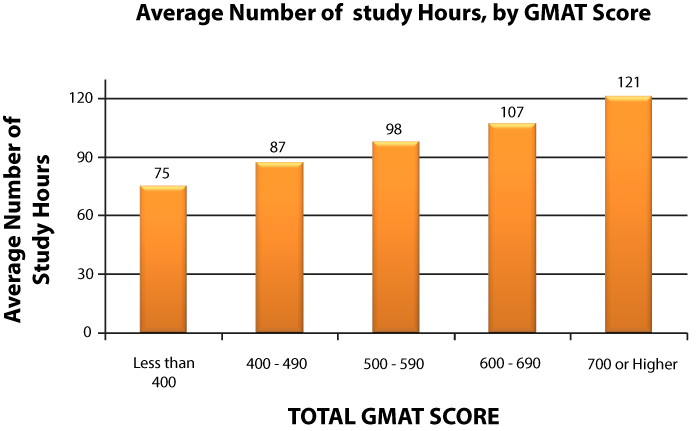 Meanwhile, aspirants who have studied for about 50 hours altogether for cracking the GMAT test, i.e 23% secured somewhere around 400-490. This array of score is considered to be lower than the average score. The reasons behind the low scores may be that the aspirant might have skipped either quant section or verbal section. They might have lagged behind in matching up with the pace required to solve the questions in the allotted time.

At last, the aspirants who spent 20 hours or less than that failed to obtain the minimum score of 400 in GMAT. You should be aware of the fact that GMAT is an adaptive computer test and follows the algorithm for scores. The least score is 200 from where the test series initiates and reaches 800, the maximum GMAT score. Hence, you have to work hard to get through with a good GMAT score.