2. Sri Lanka must stay the course

b) Third launch of MRSAM successful

b) Brexit lesson for India: Why ‘Look East’ policy is crucial now

c) Make in India to take time, Research in India takes off

a) Taking climate change in hand

b) Bangladesh: the war within

a) A quarter century of economic reform

c) Politics stretches list of Smart Cities from 100 to 109

h) 2nd airport in NCR to be constructed at the earliest: government

i) Cyprus treaty: India gets rights to levy tax on capital gains 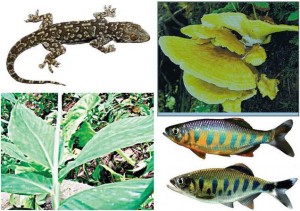 2. Sri Lanka must stay the course

Others:
a) India improves its ranking by 19 places on World Bank Logistics Performance Index

With a third consecutive successful test-firing today, the Medium Range Surface to Air Missile (MRSAM) air defence system has achieved a Hat-Trick. The missile was launched at 1020 hrs from the test range of ITR, Chandipur. The objective of today’s mission was for maximum range and high maneuvering target. The missile guided by armoured seeker system hit the last minute maneuvering target.

With this launch, MRSAM system has proved the air defence capability for three different boundary envelopes of the target

Union Minister of Road Transport & Highways and Shipping launched the initial plantation drive on 1,500 km of National Highways at a cost of about Rs 300 crore under the National Green Highways Mission in New Delhi today.

The Ministry of Railways will be taking up 21 port-rail connectivity projects, at an estimated cost of more than Rs.20,000 Crores, as identified under the port-connectivity enhancement objective of Sagarmala, the flagship programme of the Ministry of Shipping.

b)  Brexit lesson for India: Why ‘Look East’ policy is crucial now

c) Make in India to take time, Research in India takes off

3. The Business Line:
a) Taking climate change in hand

b) Bangladesh: the war within

4. The Economic Times:
a) A quarter century of economic reform

Prime Minister Narendra Modi has asked all States to put in place a 14-point charter to tap the potential of youth to the optimal level and increase their participation in national schemes.At a meeting chaired by the Prime Minister on April 18, it was decided that youth must be cultivated for greater participation in cleaning of schools/colleges/public places and statues, for making villages open defecation-free, creating national awareness on water conservation and construction of farm ponds, recharge wells. The youth must also be tapped for planting of saplings, for ‘actively supporting’ Indra dhanush immunisation programme, and popularising the game of football.States had been asked to create their own youth portals to make available information that is of interest to the younger generation.

c) Politics stretches list of Smart Cities from 100 to 109 Comptroller and Auditor General of India said there is a need to consider whether financial regulators such as the Reserve Bank of India (RBI) and the Securities and Exchange Board of India (SEBI) need to be audited.

“In the light of the growing incidence of financial frauds, it is a thought for consideration as to whether, in future, our audit should look into the risks and vulnerabilities facing our financial sector as well as the ability and effectiveness of regulators to mitigate such risks,” he said

P-Notes are typically instruments issued by registered foreign portfolio investors to overseas investors who wish to invest in Indian markets without registering themselves directly in India to save on time. But they still need to go through a proper due diligence process. According to SEBI data, the total value of P-Notes investment in Indian markets — equity, debt and derivatives — increased to Rs.2.15 lakh crore at the end of May from Rs. 2.12 lakh crore in March-end

Telecom companies in their response to TRAI’s consultation paper have opposed mandating a Telecommunications Service Priority-agnostic intermediary for free data delivery, while pitching for free data for users.“We fail to understand that how a business model when adopted by the licensed operators is said to be discriminatory and prohibited on apprehensions of gate-keeping the content passing through its network, while if the same business model is being adopted by unregulated content providers or a TSP-agnostic portal, it is said to be facilitating innovation and increasing internet penetration in the country,” the industry bodies said

The Pakistan Senate Functional Committee on Human Rights has sought the dissolution of the constitutionally crafted Council of Islamic Ideology (CCI) on the grounds that several of its actions were inimical to the interests of women.

h) 2nd airport in NCR to be constructed at the earliest: government

i) Cyprus treaty: India gets rights to levy tax on capital gains

India and Cyprus have agreed to revise their tax treaty under which capital gains tax will be levied on sale of shares on investments made after April 1, 2017, thus bringing the island nation at par with Mauritius in terms of tax treatment on investments.The new Cyprus Double Taxation Avoidance Agreement (DTAA), which has been agreed upon by both the countries, would provide for source-based taxation of capital gains on transfer of shares