4. Will re-look into circumstances leading to Burhan’s killing: J&K govt.

5. Asylum seekers can own property

7. China warns of an air defence zone in the South China Sea

1. IS may have set up sleeper cells in India: Iraqi envoy

1. Turning back the clock

3. Living in denial on Kashmir

5. Visa as the master card

6. Many don’t have power in ‘power-surplus India’

1. In the Northeast, an uneasy new alliance

a) Why a ‘smart villages’ scheme makes sense

b) The Economic Times:

b) May pledges bold new future for Britain outside EU

h) Rainfall to decline over central India, increase in the north, says IMD

4. Will re-look into circumstances leading to Burhan’s killing: J&K govt.

5. Asylum seekers can own property

7. China warns of an air defence zone in the South China Sea

1. IS may have set up sleeper cells in India: Iraqi envoy

1. Turning back the clock

3. Living in denial on Kashmir

5. Visa as the master card

6. Many don’t have power in ‘power-surplus India’ 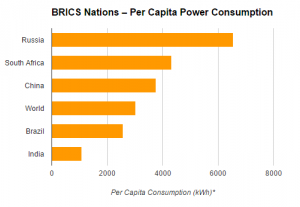 The Indian Express
1. In the Northeast, an uneasy new alliance

The Union Cabinet has approved the Pradhan Mantri Kaushal VikasYojana (PMKVY) with an outlay of Rs.12000 crore to impart skilling to one crore people over the next four years (2016-2020). PMKVY will impart fresh training to 60 lakh youths and certify skills of 40 lakh persons acquired non-formally under the Recognition of Prior Learning (RPL).

Financial support to trainees will be given in the form of travel allowance, boarding and lodging costs. Post placement support would be given directly to the beneficiaries through Direct Benefit Transfer (DBT). Disbursement of training cost to training partners will be linked to Aadhaar and biometrics for better transparency and targeting. Skill training would be done based on industry led standards aligned to the National Skill Qualification Framework (NSQF).

Central Government is taking several measures to control the price rise of pulses. On one hand Government is trying to give relief to citizens by importing pulses from foreign countries or taking action against hoarders, on the other hand Govt has taken several steps to increase pulses production and to incentivise pulses growing farmers. Recently, Govt has given a step hike in MSP for pulse crops to encourage farmers Central govt has decided to form a committee under the Chief economic advisor, Govt of India to make a long term plan to encourage pulse growing among farmers and to review MSP and bonus for farmers.

Total 17 hundred crores is being allocated under National food security mission. For pulses, total allocation is Rs. 1630 crores. Central govt has allocated Rs. 1100 crores and 430 crores have been allocated by state govt.

Of this amount allocated for NFSM, 15% goes for production of new varieties of pulses. For expansion of cultivation of new kinds of seeds, Rs.7.85 lakhs mini-kits are being distributed to farmers free of cost in the year 2016-17, through State Governments.

In the year 2016-17, demonstration of new techniques for pulse production is being carried out in 31,000 hectares by 534 KVKs through ICAR & State Agriculture Universities and Rs.25.29 crores have been allocated for this purpose.

Seed Hubs are being created through different organisation like ICAR, State Agriculture Universities and KVKs for ensuring the availability of new kinds of seeds. In 3 years 150 seed centers will be established and availability of 1.50 lakh quintal improved seeds will be ensured by Central Government. For this purpose, Rs.139.50 crore have been approved for establishment of 93 seed centers during 2016-17 to 2017-18, out of which Rs.80.44 crore is proposed for 2016-17.

Govt is also concentrating towards the procurement of pulse crops. Inter Cropping of pulses with oil seeds, cotton and other crops, summer moong and cultivation of tur dal on paddy fields is being encouraged

Government is encouraging Farmer producer organisations (FPO) to grow seeds, to buy, and to use efficient technology and to ensure adequate prices to small and marginal farmers for their produce.

Recently, the extent of buffer stocks of pulses has been increased from 8 to 20 MTs. Central procurement agencies (NAFED, FCI, S.F.A.C.) has been to the tune of 69000 till 10th July. Chana and Masoor were procured at the rate of Rs.4900-7000 and Rs.5400-8500 per quintal respectively. The purchase of pulses is still in progress.

An amount of Rs.201 crore has been released to the 5 pilot States and Rs.228.97 crore to States in the extended phase. Following the success of the scheme in the 1000 pilot villages in Assam, Bihar, Himachal Pradesh, Rajasthan and Tamil Nadu, it is now extended to further 1500 Scheduled Caste majority villages in Assam, Uttar Pradesh, West Bengal, Madhya Pradesh, Karnataka, Punjab, Uttarakhand, Odisha, Jharkhand and Chhattisgarh.

Pradhan MantriAdarsh Gram Yojana (PMAGY) is a Centrally sponsored scheme which is implemented by the Ministry of Social Justice and Empowerment for integrated development of Scheduled Caste majority villages having Scheduled Caste population of more than 50%. 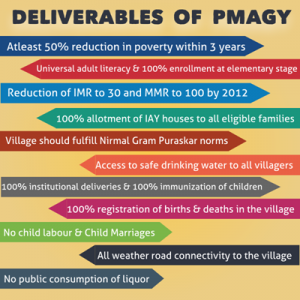 (i)                 Physical infrastructure such as construction of roads, street lighting, access to safe drinking water;

The Women and Child Welfare Ministry is working in a convergence mode with NITI Ayog, Ministries of Health and Education and other stakeholders to deal with the problem of malnutrition on a war footing. The digitization of anganwadis is being taken up and both hardware well as software is being provided for real time monitoring of every child and every pregnant and lactating mother. The anganwadi workers will be given smartphones and the supervisors will be given tablets for which the State government should provide training to anganwadi workers to help shift to the new IT-based system.

Utmost priority is being given toBetiBachoBetiPadhao and Nutrition programmes which are to be implemented in mission mode. The BetiBachoBetiPadhao scheme has shown tremendous success due to active involvement of states and urged the states to exhibit the same for ICDS.

The WCD Minister issued strict instructions to the states to comply with the directives of the WCD Ministry pertaining to clean food, prepared untouched by hand with sufficient availability of micro nutrients. “We are also looking at further standardizing the supplementary nutrition so that hygienic, nutritious and locally acceptable food is given to the children and mothers through a standardized process of manufacturing and distribution. This is warranted as the current systems of adhoc procurement and preparation have not succeeded in reducing malnutrition” the Minister explained. She said that the WCD Ministry is making efforts to get the cost norms increased from the current levels so that better food can be provided to the beneficiaries.

The WCD Ministry urged the states to ensure proper utilization of funds for various schemes specially those provided for nutrition and ICDS.

The Business Line:
a) Why a ‘smart villages’ scheme makes sense

The Economic Times:
Quick Bits and News from States
a) Godhra carnage accused arrested from Malegaon

Gujarat police have arrested Imran Batuk, one of the key accused in Godhra carnage casewas arrested from Malegaon, more than 14 years after the attack on Sabarmati Express in which 59 persons, mainly karsevaks returning from Ayodhya, were charred to death near Godhra railway station in Feburary 2002.His is the fifth such arrest in last one year byGujarat’s Anti-Terrorist Squad (ATS).In 2011, a special trial court, which conducted trial under POTA (Prevention of Terrorism Activities Act),had convicted 31 of the 94 persons named in the charge sheet. Out of 31 convicts, 11 were sentenced to death by the trial court, which had held that the attack on the train was a “pre-planned conspiracy.”

b) May pledges bold new future for Britain outside EU

In her first remarks as Prime Minister of the U.K, Theresa May said she wanted to build a better country that worked for all its citizens and would battle to keep the United Kingdom together.She, like her predecessor, had backed Britain staying in the EU.

Noting that equal access to justice for all is a fundamental right under the Indian Constitution, the Supreme Court on Wednesday referred to a Constitution Bench to consider the question of constitutionality of establishing a National Court of Appeal (NCA) with regional Benches to act as final courts of justice in criminal and civil cases.

“Cases are pending in the Supreme Court on an average of about 5 years, in High Courts for about 8 years, and anywhere between 5-10 years in trial courts… It is common knowledge that the huge backlog of cases in the Supreme Court not only attracts criticism from the litigant public but also from independent observers of the judicial system,” a Bench headed by the Chief Justice of India observed in the reference to the Constitution Bench.A verdict in favour of the NCA would act as a great influence on the Parliament to amend the Constitution itself to make room for NCA.

The California Lieutenant and a group of 40 top academicians have sought “accurate and fair” representation of Hinduism in school text books in the U.S. state, which is currently in the process of revising.

Domestic airlines will be allowed to keep fuel charge component of a cancelled ticket and the Centre has mandated them to refund all the other statutory taxes and dues paid by passengers.As per the earlier proposal the cancellation charges included the base fare alone. The airlines will have to provide “all assistive devices” free of cost to differently -abled passengers. Domestic airlines had opposed this and requested the government to charge a nominal fee for providing certain devices such as ambulift and wheelchairs as they bear the cost of such devices provided by ground handling agencies.

The Cabinet Committee on Economic Affairs approved the disinvestment of 15 per cent paid up equity of National Buildings Construction Corporation Limited (NBCC) out of its 90 per cent shareholding. It would result in estimated receipts of Rs.1,706 crore approximately to the government.The Cabinet also approval the revised cost estimate (RCE) of Rs.7,290.62 crore for the ongoing 1,020 MW Punatsangchhu-II Hydroelectric Project (HEP) in Bhutan. The total cost escalation for the project, at this stage, is Rs.3512.82 crore, according to the government.

International treaties and conventions on the Baltic Sea may provide answers to find a solution to the fishermen problem between India (Tamil Nadu) and Sri Lanka(Northern Province), according to Nirmala Chandrahasan, veteran legal expert.The Helsinki Convention was originally signed by seven Baltic coastal states in 1974 to address issues concerning sources of pollution.She emphasises there is no dispute between India and Sri Lanka on the International Maritime Boundary Line (IMBL) and hence, the question of taking the matter to any international forum does not arise.

h) Rainfall to decline over central India, increase in the north, says IMD

With northward movement of the monsoon trough, a break in rains is expected for a few days in central India and south India, except the extreme southern states. However, the north Indian plans and foothills of Himalaya will get heavy rains