3. It never trickles down

4. No substitute to accountability

2. MTP Act: What 45-year-old abortion law says, why it must change

1. Merger of oil PSUs: The focus should be on productivity, not size 3. It never trickles down

4. No substitute to accountability

The Indian Express
1. Since 2005, fewer jobs for women in India
Topic: Labour 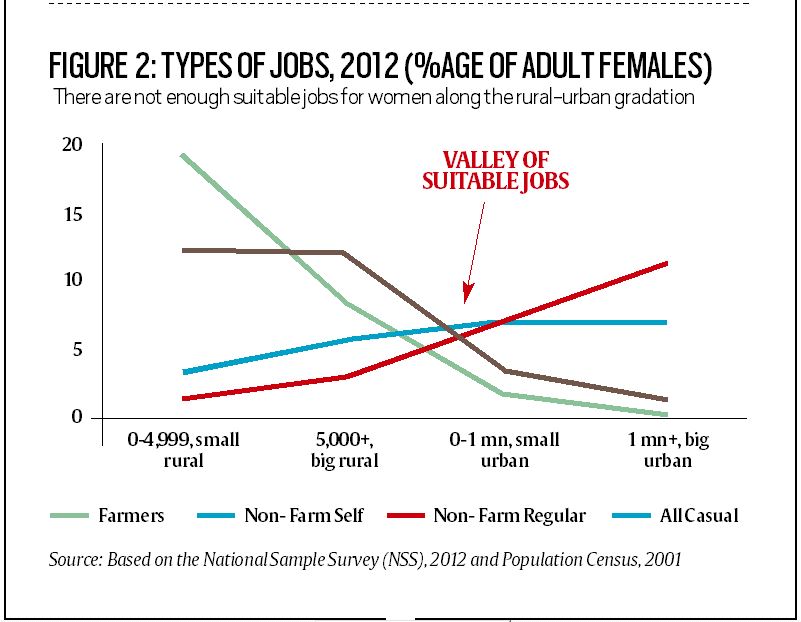 2. MTP Act: What 45-year-old abortion law says, why it must change
Topic: Law and Order

The import policy of Genetically Modified Food, Feed, Genetically Modified Organism (GMOs) and Living Modified Organisms (LMOs) has been notified by Directorate General of Foreign Trade under General Notes regarding Import Policy in ITC (HS) 2012, Schedule-1 (Import Policy). As per the policy, import of GM food requires prior approval of the Genetic Engineering Approval Committee (GEAC) constituted by the Ministry of Environment Forest and Climate Change.

Government is committed to reducing out of pocket expenses on healthcare: Smt Anupriya Patel

The three-day workshop is being jointly organized by the Department of Health Research (DHR), ICMR, National Institute for Health and Care Excellence (NICE)-UK and Health Intervention and Technology Assessment Program (HiTAP)-Thailand.

Bilateral Social Security Agreements (SSA) are made with other countries to protect the interests of Indian professionals, skilled workers working abroad. The Government of India till date has signed SSA with 19 countries. The SSAs have been in operation with 15 countries so far.

5. National Plan of Action for Children 2016 under preparation: Smt Maneka Sanjay Gandhi
The Ministry of Women and Child Development has drafted the National Plan of Action for Children (NPAC) 2016. The NPAC 2016 is based on the principles embedded in the National Policy for Children 2013(NPC 2013) and provides a road-map that links the policy objectives to actionable programmes and strategies as well as indicators for monitoring the progress. In alignment with the NPC 2013, the rights of the children are categorized under four key Priority Areas:
1. Survival, Health and Nutrition
2. Education and Development (including Skill Development)
3. Protection
4. Participation

Salient Features of draft National Plan of Action for Children 2016 are as follows:

The first draft is already in the public domain; i.e.; on the website of the Ministry http://wcd.nic.in/acts/national-plan-action-children-2016. The Ministry is currently finalizing the draft based on comments and suggestions received from other Ministries/Departments/Governments of States/UTs/Individuals and civil society organizations.

1. Merger of oil PSUs: The focus should be on productivity, not size

Despite the unprecedented crackdown by the Bar Council of India, which suspended 126 Tamil Nadu lawyers, more than 3,000 advocates from across the State thronged the city on Monday to lay siege to the Madras High Court, demanding the immediate withdrawal of the recent amendments to the statutory rules of the court. For nearly two months, the advocates have been protesting against the amendments made to the 46-year-old statutory Rules of the High Court

The new provisions included to Rule 14 empower judges to debar advocates who browbeat or abuse judges, lay siege to court halls, tamper with court records, appear in court under the influence of liquor, spread unsubstantiated allegations against judges or accept money either in the name of a judge or on the pretext of influencing him.

So far, a court could debar advocates only on the grounds of contempt of court.


In a post-Godhra 2002 riots case in which three persons belonging to the minority community were killed in Viramgam town of Ahmedabad district, the Gujarat High Court on Monday sentenced seven persons to life imprisonment, including three accused who were earlier acquitted by the trial court in 2011. This is the second such case which saw the High Court reversing the trial court verdict. Earlier last week, the High Court convicted 10 of the 27 accused in another post-Godhra case involving murder of two Muslims in village Meta Adraj in Mehsana district.

The Reserve Bank of India (RBI) has imposed a penalty of Rs.27 crore on 13 banks, including HDFC Bank, Bank of Baroda and Punjab National Bank, for violating several norms such as those for know your customer (KYC) and anti-money laundering (AML)

The government’s move to roll out the Pradhan Mantri Fasal Bima Yojana (PMFBY) from the ongoing kharif season has got a boost with 18 agriculturally critical states, including Andhra Pradesh, Bihar, Chhattisgarh, Jharkhand, Madhya Pradesh, Uttar Pradesh, Karnataka, Odisha and Maharashtra, having floated tenders to identify insurers who will offer the scheme to farmers. The mega crop insurance scheme had reduced the premium to be paid by the farmers to 2% of the insured value for the more rain-dependent kharif crops like paddy, pulses and oilseeds and 1.5% for the rabi season, compared with 3.5-8% under the previous schemes. The premium for annual commercial and horticultural crops will be capped at 5%.

Starting September, passengers booking tickets through the IRCTC website can avail of a travel accident cover for a premium as low as Re 1 for an insurance cover of Rs. 10 lakh.

The insurance cover is besides the compensation given by the Railways in case of accidents to valid ticket holders. The insurance would provide coverage against death, injury and disabilities caused due to accidents. Three insurers — Shriram General, Royal Sundaram and ICICI Lombard — which will provide the cover


India has proposed to renegotiate all its bilateral investment pacts and to replace them with new treaties, Parliament was informed today. Out of the total 83 treaties signed by India so far, 58 are being terminated. The notices have been sent to the respective governments through the diplomatic channels. The new Indian Model Bilateral Investment Treaty text is aimed at providing appropriate protection to foreign investors in India and domestic investors in the foreign country, in the light of relevant international precedents and practices while maintaining a balance between the investor’s right and the government obligations.