a) Happy Birthday peace: The Mizo Accord turns 30

j) During last 365 days from the date of survey

a) Bank NPA crisis: Here’s what is crucially missing

a) Time has come for ‘Move India’

b) Sombre message from Reserve Bank 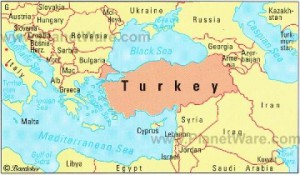 a) The National Sample Survey Office (NSSO), Ministry of Statistics and Programme Implementation has released the report titled “ Key Indicators of Household Expenditure on Services and Durable Goods” based on the related information collected during July, 2014 to June 2015 as part of NSS 72nd Round.  This survey on household expenditure on services and durable goods was the first focused survey of its kind undertaken by National Sample Survey Office.The survey was designed to collect some demographic particulars, detailed information on household expenditure on transport, miscellaneous consumer services, food expenditures incurred in hotel & restaurants, expenditure on repair & maintenance services availed, hotel lodging charges, and on durable goods other than those used exclusively for entrepreneurial activity in India through a nationwide household survey.

In rural areas though the highest budget share was in respect of transport equipment (about 45%), a notably high budget share of about 23% was observed on jewellery and ornaments followed by heating, cooling and electricity generation devices and IT and communication devices (both having a share of about 7% each), and furniture and fixtures (about 5.6%).

In the urban area, almost similar pattern was observed except the fact that a high share of budget, next to transport equipment, was found for heating, cooling and electricity generation devices (about 7.9%) and for IT and communication devices (7.8%) when the main purpose was for enterprise.

Prime Minister Shri Narendra Modi, in his remark at Fortaleza BRICS Summit, had stressed the role of youth and sports in furthering intra-BRICS cooperation.

It is in this context that BRICS Youth Summit, 2016 is being organised at Guwahati (Assam) from 1st to 3rd July, 2016. The Theme for the Summit is “Youth as bridge for Intra-BRICS Exchanges”. The subjects to be covered by thematic debates are (i) Skill Development and Entreneurship, (ii) Social Inclusion, (iii) Youth Volunteerism and (iv) Youth Participation in Governance. The programme for the Summit also includes thematic debates, cultural events, site-visits and interactive sessions with local youth. The Youth Summit would also be an occasion to introduce India’s North-East to BRICS youth.

c) DM Hands Over Varunastra Torpedo to Indian Navy
The Defence Minister handed over “Varunastra – a Ship Launched Heavy Weight Torpedo”, also known as underwater missile to the Indian Navy.
He asked the DRDO to ensure its participation in the production process and to keep adequate quality control of their products so that it can meet the international standards. The Minister also stated that in these high technology areas, DRDO’s contribution with 95 per cent of indigenous content is an apt example of Indigenously Designed Developed and Manufactured (IDDM) category.

‘Prashikshak’, the teacher education portal for District Institutes of Education and Training (DIETs) will be launched by the Minister of Human Resource and Development on 30th June, 2016 at Hall No. 4 VigyanBhawan, New Delhi

Prashikshak Portal has been developed by the Ministry of HRD in collaboration with Central Square Foundation.

The major users of Prashikshak will be Pre-service teacher educators, DIET principals and faculty, Policy makers at District, State Government and National Level, and the General public.

Thus, Prashikshak is a unique IT Initiative taken up by the HRD Ministry which would entail the establishment of a strong monitoring mechanism with a database of teacher education institutes with all relevant performance indicators. The objective of Prashikshak is to help DIETs make informed decisions about their institutes, compare the performance of their institute against other DIETs in the state/country as well as help aspiring teachers make informed decisions about which institute to join.

The MoU will strengthen the existing relationship between RCSC and UPSC. It will facilitate sharing of experience and expertise of both the parties in the area of recruitment.

SlCI, a bi-national organization, was established in 1968 through a Memorandum of Understanding between Government of Republic of India and SlCI signed on November 29, 1968.
Named after Late Shri Lal Bahadur Shastri, former Prime Minister of India, the Shastri Indo-Canadian institute (SlCI) was established with an aim to promote understanding between India and Canada through facilitation of academic activities between the two countries. SlCI, in the past, had focused in the fields of Humanities and Social Sciences but expanded its area of interest from 2001 onwards into the fields of Law, Management, Information Science, Science and Technology and Human Interface of Science.

The Union Cabinet chaired by the Prime Minister Shri Narendra Modi has approved the signing of a Memorandum of Understanding (MoU) between India and Tanzania for bilateral cooperation in water resources management and development.

The areas of enhanced cooperation include techniques in water harvesting, surface and groundwater management and development and aquifer recharge.

The National Sample Survey Office (NSSO), Ministry of Statistics and Programme Implementation has released the report titled “Key Indicators of Domestic Tourism in India” based on the related information collected during July, 2014 to June, 2015 as a part of NSS 72nd Round. Similar survey on the same subject was last conducted by NSSO during July 2008 – June 2009 as part of NSS 65th Round.

j) During last 365 days from the date of survey, 19% of Indian households reported at least one overnight trip with any one of the leading purposes as holidaying, leisure & recreation, health & medical and shopping.Characteristics of overnight trips

The Indian Council of Medical Research (ICMR) has signed an MoU with the Council on Energy, Environment and Water (CEEW), a policy research institution, to launch a new ‘Initiative on Solar for Healthcare’. The collaboration will focus on providing effective health care delivery at the last mile by reducing uncertainty in critical infrastructure, particularly electricity supply via cost effective solar-based solutions.

a) Bank NPA crisis: Here’s what is crucially missing

a) Time has come for ‘Move India’

b) Sombre message from Reserve Bank

Warning that China’s motives to secure the South China Sea are “madness” and intended towards the Indian Ocean, a top visiting U.S. official said in unusually strong remarks that the U.S. will work to ensure India remains the “natural power” in the Indian Ocean, even as he expressed the U.S.’s commitment to help India attain membership of the Nuclear Suppliers Group.

India on Thursday test fired a new surface-to-air missile from a defence base off Odisha coast. The missile was developed jointly with Israel.

Earlier, the officials at DRDO had informed that the test-firing was to be jointly conducted by defence personnel, DRDO and Israel Aerospace Industries.

The system also includes a multi-functional surveillance and threat alert radar (MF STAR) for tracking, detection and guidance of the missile

India has lifted a ban on trade of specified items with Iran after some western sanctions against the Persian Gulf nation were lifted earlier this year, the government said in a notification on Wednesday.

“Direct or indirect export to Iran or import from Iran is now permitted subject to UN Security Council Resolution and IAEA specified documents,” the notification added

The Supreme Court on Wednesday suggested that authorities permit the registration of diesel SUVs and cars with engine capacity of 2,000CC and above in Delhi and the National Capital Region (NCR), provided the owner of the vehicle pays a one-time environment cess.

Trade ministers of countries, including India, China and Japan, will meet on August 5 in Laos to iron out issues holding back negotiations of the Regional Comprehensive Economic Partnership (RCEP).

There are several complex issues, including the proposed three-tier system of tariff relaxation and services sector matters, which need intervention at a ministerial level, a senior official said.