International organisations and groupings are an important part of the International Relations section of the General Studies paper-2 in the UPSC Syllabus. International relations is a very dynamic part and is crucial for multiple papers in Prelims and Mains. Students preparing for UPSC 2022 and other Government Exams must be aware of the topic.

Latest News: Following the Russian Invasion of Ukraine, NATO Chief Jens Stoltenberg announced on 25th February, 2022 that the alliance would be deploying its rapid response force to bolster Ukraine defences. In addition. to this several members such as France and Germany have stepped up in sending arms and ammunition to Ukraine.

Sweden and Finland have considered joining NATO recently. The announcement was met with a harsh response from Russia who threatened military and political consequences if that was to happen. Both Stockholm and Helsinki brushed of Moscow’s warning on the matter.

What is the North Atlantic Treaty Organization (NATO)? 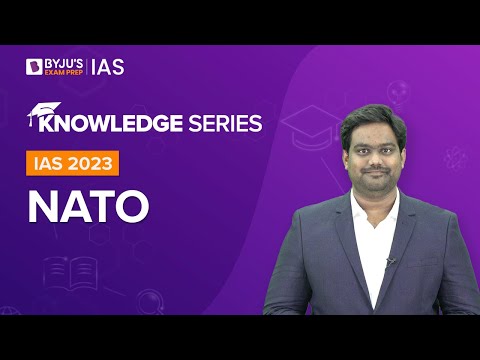 Why was NATO formed?

The organisation was formed as a means to ensure collective security in western Europe. Even though World War 2 had come to an end, the deteriorating relations between two former allies, the United States and the USSR would eventually lead to the Cold War. The USSR sought to expand its influence in Europe through the spread of communism, while the US saw the ideology of the USSR as a threat to its way of life. Hence it saw the need to form NATO.

NATO has 30 member countries with Montenegro as its newest member. It became a part of NATO in 2017.

Q 1. What is the purpose of the North Atlantic Treaty Organization?

Ans. The North Atlantic Treaty Organization (NATO) is established as an intergovernmental military alliance based on the North Atlantic Treaty which was signed on 4 April 1949. NATO’s essential and enduring purpose is to safeguard the freedom and security of all its members by political and military means. Collective defence is at the heart of the Alliance and creates a spirit of solidarity and cohesion among its members.

Ans. In September 2011, the NATO alliance invited India to be a partner in its ballistic missile defence (BMD).

Ans. Montenegro became NATO’s latest member in the year 2017. North Macedonia is expected to enter the alliance as the 30th member in the first quarter of 2020. Spain has still yet to ratify the accession protocol.