This particular news update deals with the Farakka Barrage and the issue of river bank erosion by the Ganges.

This particular situation has generated severe discontent among the locals against

The local population has alleged that the project authorities “ignored” their warnings regarding the erosion.

A Note on the Farakka Barrage Project (FBP) 1. HC notice to Centre on OCIs entry into India

The larger issue which students would need to read about would be that of citizenship. Students are advised to go through this chapter. BYJUs Tablet students can refer the chapter covered on citizenship.

A Note on the App

This topic in the news relates to different chapters from the pages of Indian Polity. They include: a) the judiciary b) Elections c) Fundamental Rights (Part III) of the Indian Constitution.

It is important to relate this article to the concept of Universal Health Coverage.

2. States told to arm PHCs in fight against TB

A Note on the Revised National Tuberculosis Control Programme:

In conclusion, working towards providing a permanent solution to the issue, the team from NIOT has started a bathymetric survey that would mea 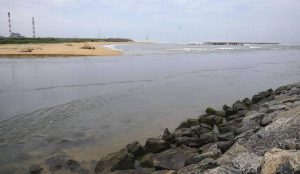 sure the depth of the sea and estuary and water level in estuary.

What is a Bathymetric survey?

What is this initiative?

How will this data help?

From a UPSC point of view, students must be aware of the larger issue concerning insolvency. We at BYJUs have recorded a YouTube video on the same which one can use as a reference.

Note to Students: This news update underscores the need for aspirants to study the issue of profitability of full-service carriers. There has been a lot of debate in the recent months regarding this issue.

The threat of low-cost carriers (LCCs) A Note on the Defence Acquisition Council (DAC):

Composition:
The composition of the Defence Acquisition Council (DAC) is as follows:

Functions:
The functions of the DAC include:

1. The primary anchor of a health-care road map

Note to Students: It is important to relate this article to the concept of Universal Health Coverage. Pursuant to this, we have taken the liberty towards giving a broader context to the larger issue which needs to be understood by students.

The pillars are the

Further, the annual premium for each beneficiary would be paid to those service providers, for up to one year only (renewable), as selected by beneficiaries.

A look at primary care:

Experts believe that the elimination of health expenditures for the consumer can come about only if there is sustained effort to modernise and transform the primary care space.

It is believed that one must bring together all relevant inter-sectoral action, linking health and development, so as to universalise the availability of:

Further, the Swachh Bharat programme must be incorporated in the PMJAY.  These steps put together will reduce the disease burden.

But this is only if we receive a well-governed ‘Health for All’ scheme.

State governments are brought under the complete control of the centre, though they are not suspended.

State Legislatures become subject to the overriding powers of the Parliament and not suspended as such.