How is Hydrogen Bond Formed

Hydrogen bonding, a hydrogen atom interaction found between a pair of other atoms with a high electron affinity; such a bond is weaker than an ionic bond or covalent bond, but greater than the powers of van der Waals. 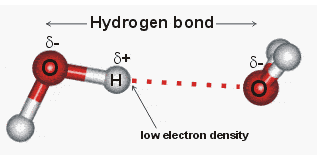