What are the six trig identities

In trigonometry, we learn the relation between angles and sides of a right-triangle. The six trig identities are also called trigonometric ratios because they can be represented as the ratio of two sides of a right triangle, with respect to a specific angle (acute). Let us consider a right-angled triangle ABC, given below. 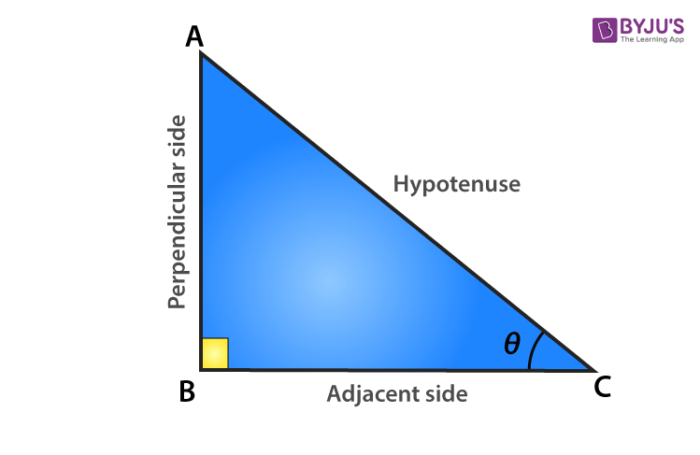 As we can see, in ∆ABC, there are three sides, such as;

AB = Perpendicular/Opposite side to angle θ

BC = Base/Adjacent Side to angle θ

Now, with the help of the above triangle, we can state the relationship between trigonometric ratios and sides of triangle:

Hence, we have known the six trigonometric functions and their formulas as well. Also, if we know the sides of the right triangle, then we can easily determine all the trigonometry ratios.

Example: A right triangle has sides, such that;

Find the value of all trigonometry identities.

Hence, all the trig ratios are evaluated.