What is an image of an object?

The image of an object is the location where light rays from that object intersect upon reflecting from a mirror. There are two types of image: real and virtual image.

More precisely, when a beam of rays from a point source suffers a change in direction due to refection or refraction and the refracted or reflected rays converge or appear to diverge from another point, then the second point is known as an image.

Two types of images are formed based on whether the beam of rays converge or diverge at a given point; real image and virtual image. 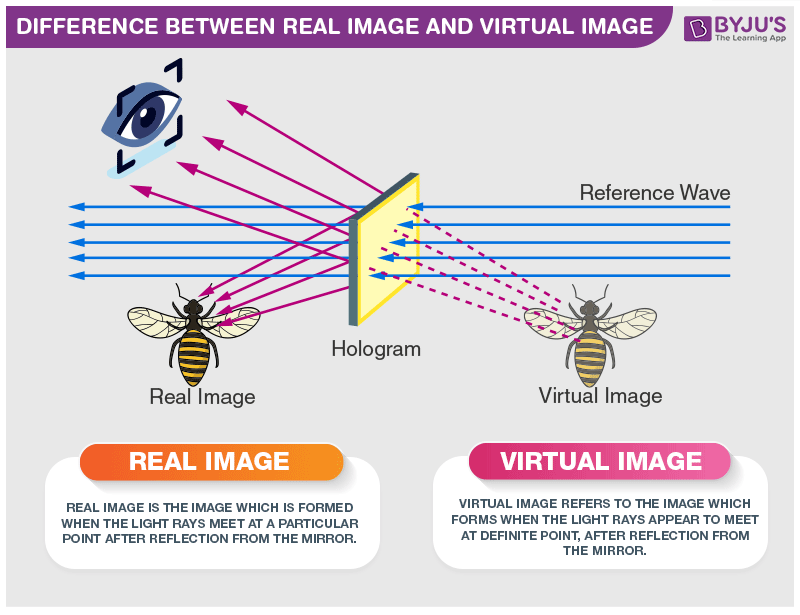