Aromatic Compounds JEE‌ ‌Advanced‌ ‌Previous‌ ‌Year‌ ‌Questions‌ ‌with‌ ‌Solutions‌ ‌given here will help JEE aspirants boost their preparation for the entrance exam. How? Well, we have compiled a set of questions from various sessions of JEE Advanced held over the years. As aspirants and students go through these questions they will not only be able to have a quick revision of the concepts but it will allow them to further gain a much clear idea about the types of questions, their difficulty level and more. This will also enable them to come up with a better preparation strategy for the exam.

Students will also benefit more as Aromatic Compounds JEE Advanced ‌Previous‌ ‌Year‌ ‌Questions‌ ‌with‌ ‌Solutions‌ has been provided below in the form of a PDF. They can download it instantly and freely. More significantly, students will be able to keep learning even when they are offline and at their own convenience.

*Stay Tuned as the PDF will be uploaded shortly.

Question 1. Among the following, the number of aromatic compounds is: 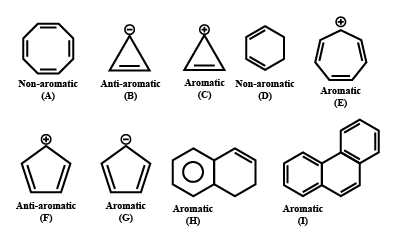 According to Huckel’s rule, there are only 5 aromatic compounds.

Cyclohexa-1, 3-diene is a non-aromatic compound.

Question 2. Choose the correct option that gives an aromatic compound as the major product. 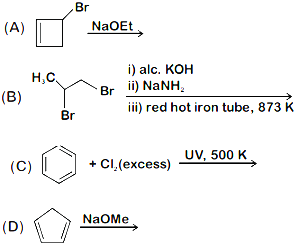 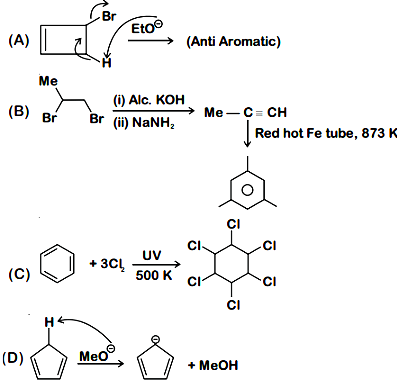 Question 3. Among the following, reaction(s) which give(s) tert-butyl benzene as the major product is/are: 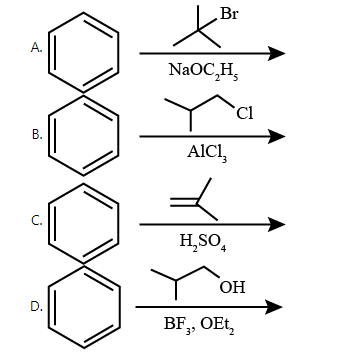 In option A an elimination reaction occurs therefore it will not give tert-butyl benzene as the major product. 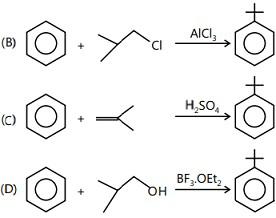 Question 4. The major product U in the following reactions is: 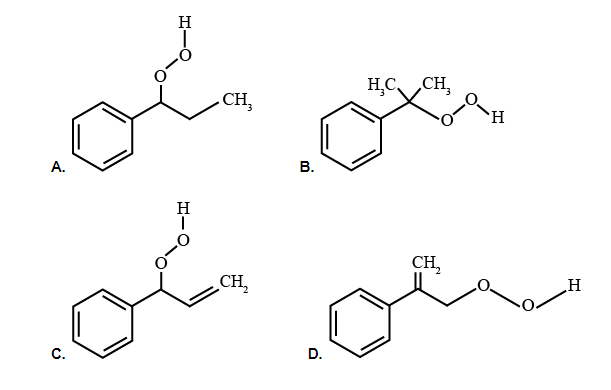 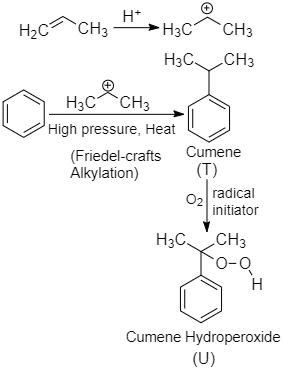 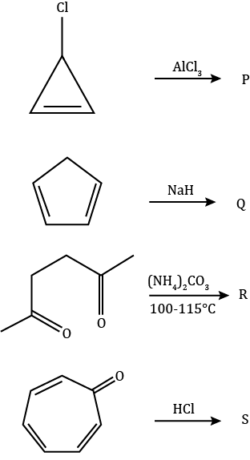 Solution: (All of them) 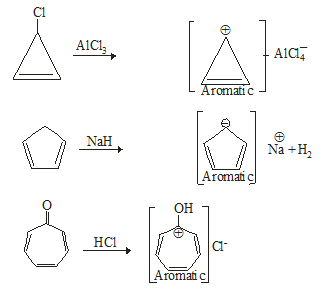 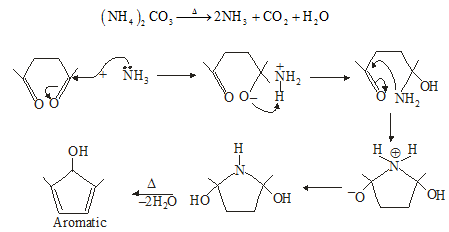 Question 6. Identify the correct order of reactivity in electrophilic substitution reaction of the following:

Question 7. An aromatic molecule will have:

An aromatic molecule will have:

(C) Planar structure (due to resonance), and

Question 8. Among the following statements on the nitration of aromatic compounds, the false one is:

A. The rate of nitration of benzene is almost the same as that of hexadeuterobenzene

B. The rate of nitration of toluene is greater than that of benzene

C. The rate of nitration of benzene is greater than that of hexadeuterobenzene

Hexadeuterobenzene is an isotope of benzene where all hydrogen atoms are replaced by deuterium.

In the nitration of benzene mechanism, nitronium ion is formed by nitric acid.

The removing of hydrogen doesn’t take participate in the rate-determining step so the kinetic isotope effect is absent.

The rate of nitration of Deuterated benzene is the same as that of the benzene when the same sets of nitrating agents are used in both cases.

Question 9. The bond order of individual carbon-carbon bonds in benzene is:

C. between one and two

D. one and two alternately

The bond order of individual carbon-carbon bonds in benzene is between one and two. It is due to the resonance structure of C6H6. In the benzene molecule, carbon atoms form a ring with alternating single and double bonds in between each of them. Each carbon atom forms one bond with one carbon atom and one bond with another. The bonding electrons are delocalized over the entire molecule. Thus, benzene is a resonance hybrid of two equivalent structures, and the single and double bonds oscillate from one position to the other. 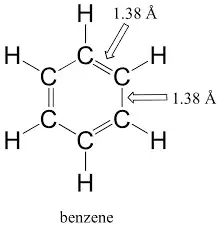 Benzene is a resonance hybrid of two resonating structures. Bond order can be calculated as:

The correct answer is between one and two.

Question 10. Toluene, when treated with Br2 / Fe, gives p-bromotoluene as the major product because the CH3 group

C. activates the ring by hyperconjugation

-CH3 in toluene is a para directing group.lt activates the ring by both inductive and hyperconjugation effects.