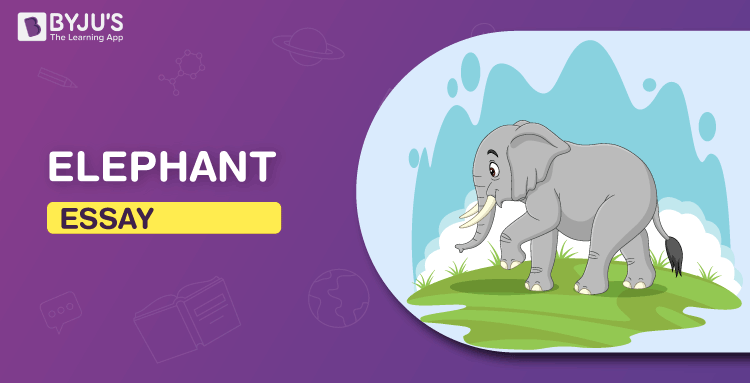 Elephants are large mammals that live in central and southern parts of Asia and Africa. There are two different species of elephant – the African elephant and the Asian elephant. Elephants have a very long lifespan, Asian elephants live up to fifty years, and African elephants live up to seventy years. These animals have a large body with a small head and a long trunk; they also have four toenails on each foot which is usual for them.

Elephants are considered to be the most intelligent of all animals after humans. They are very social creatures that live in herds led by a ‘matriarch’. The leading female of the herd is called the ‘matriarch’. Males leave the herd around 16 years of age, but females stay with their mothers until the end.

Elephants have a large, curved trunk that it uses for many purposes, including breathing, lifting water, collecting fruit and leaves, fighting enemies, and dusting themselves. An adult male elephant can be 10 feet tall at the shoulder and weigh between 6,000 to 6,500 kgs.

Elephants are beautiful animals that deserve our respect. Elephants are an essential part of the ecosystem. They disperse seeds with their dung, provide transportation for people, and help to maintain a necessary connection between humans and nature.

Elephants also help maintain the health of forests by distributing seeds by roaming over great distances. These benefits elephants and many other species that live in these forests.

Elephants have been a part of human society for thousands of years. Humans have been both aiding and hurting elephants for centuries. In many stories, humans and elephants live in harmony as friends. This relationship isn’t as clear-cut as one might hope in real life. Some people believe that the world would be a better place if we left them alone to roam freely across Africa. Others think that it’s our responsibility to protect elephants from poachers who want to hunt the elephants for their ivory tusks.

The elephant population has been declining for decades. This is due to several factors, such as habitat loss, human conflict, and hunting. The International Union for the Conservation of Nature estimates the total population to be around 497,000 currently, and lists them as ‘vulnerable’.

The African elephant population has declined more than 96% in the last three generations. The ivory trade is primarily to blame for this dramatic decline. There are 415,000 African elephants left in Africa today.

Why are elephants important?

Elephants help maintain the health of forests by distributing seeds by roaming over great distances. These benefits elephants and many other species that live in these forests.

Why are the elephants endangered?

Poaching of elephants for their ivory and loss of habitat are the main reasons they are endangered species.