Narendra Modi has been a crowd-puller ever since his rise to power in 2014 as the 14th Indian Prime Minister. Due to his unique ideologies and beliefs, he was successful in leaving a mark in the minds of the people, leading him to serve as the Prime Minister for the second term in 2019. His impactful speeches and the way he runs the government is well-appreciated by all, as leaders and politicians from other countries look up to him for inspiration. 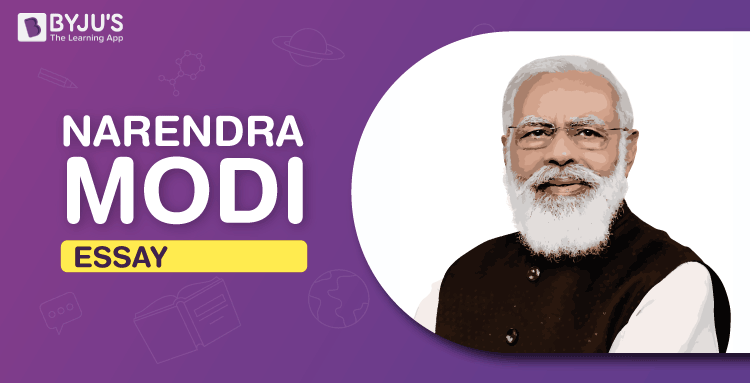 Being a young kid, I have always seen Narendra Modi on TV screens making bold speeches that have moved millions of people to his side. His efforts to eliminate black money from the country through demonetisation impressed me. It was then that I started following him. And I have never fallen short of his admiration, especially with his latest efforts during the pandemic period. I believe that his popularity all over the world is a result of his visionary ideas and their effective implementation.

Born on 17th September 1950 in Vadnagar, Gujarat, as Narendra Damodardas Modi, he was a hardworking kid who focused both on his academics and family tea stall from a young age. Ever since he was a small child, he had shown great skills in speaking and reading and had also exhibited good performance in debates. It was his childhood dream to join the Indian Army, but his years spent travelling to different parts of India and the following spirituality, along with his active involvement in RSS, got him referred to the BJP in 1985. This marked his entry into the political arena, where he helped people and later became a member of the party, thus taking it to new heights.

Despite coming from a poor background, his determination earned him a seat in the BJP, and he served as the Chief Minister of Gujarat for 14 years before taking up the role of the Prime Minister of India in 2014. Since then, the country has seen major changes under his leadership, be it the campaigns for digital India or corruption-free India. Narendra Modi spoke for the Hindus in the country due to his firm beliefs in religion. Recently, he rose to the top position among all the world leaders with his innovative steps to fight COVID-19. His vision and efforts for developing India make him a popular leader.

Moral of the Essay

Who is Narendra Modi?

Narendra Modi is the present Prime Minister of India, who took his office in May 2014. He has put forth many notable schemes and reforms for the welfare of the country and its people.

What do you know about the early life of Narendra Modi?

Narendra Modi comes from a humble family background in a small village in Gujarat. His father was a tea seller, and his mother was a homemaker. He had six siblings. In his free time, he used to sell tea with his father at the local railway station. Despite his poor family status, he worked hard to attain his dreams.

What are the contributions made by Narendra Modi to India?

Narendra Modi ensured the well-being of Indians by implementing various policies. To put an end to corruption, he took the step of demonetisation. Besides, he took many measures to use technology in several sectors ranging from education, healthcare and agriculture. He also started a cleaning campaign, ‘Swachh Bharat Mission.’