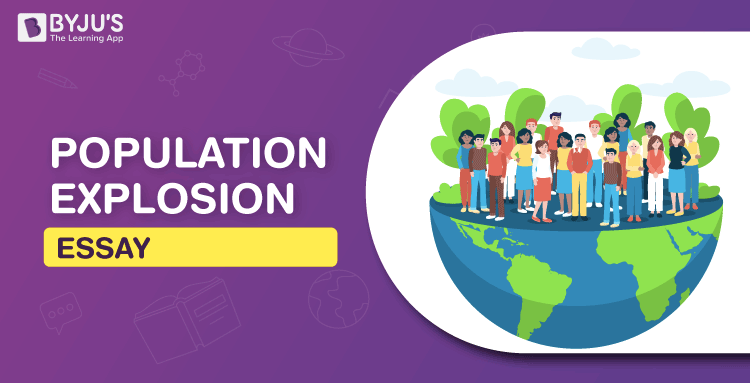 There is exponential population growth. The average life expectancy of humans has increased from 40 years to 70 years over the past century. To combat this issue, countries are implementing immigration policies that make it easier for families from one country to immigrate into another country with a low risk of having children. In this essay, you can help children understand the leading causes of population explosion.

The population is increasing rapidly and causing many problems in our society today. This is due to the lack of awareness about the population explosion and its after-effects on the planet.

The government has tried to address the problem of overpopulation by urging women to be educated. The illiteracy level of women in India is one of the contributors to the family planning crisis because this lack of females’ knowledge about birth control methods and contraceptives has led to an increasingly excessive population.

This is a population explosion essay pdf for children to understand the causes.

There are numerous ways in which the population explosion has been controlled. The spread of education is key to reducing population growth rates, and there should be more public awareness on the issues of overpopulation.

There are measures that can be taken at the individual and international levels to curb population growth. Birth rates must also be reduced through women education and support programmes.

Immigration policies must be reformed to limit the number of people entering a country, and fertility treatments should not be promoted in countries where there is already a high population density. Governments must take measures to control population explosion before it is too late. Fortunately, many countries have already begun taking steps to slow the rate of growth.

Why is lack of educational resources a cause for population explosion?

Lack of educational resources is a cause for population explosion because people are not educated on using them efficiently.

Is illiteracy a reason for population explosion?

Illiteracy is one of the reasons for the population explosion because the illiteracy level of women in India is one of the contributors to the family planning crisis because this lack of females’ knowledge about birth control methods and contraceptives has led to an increasingly excessive population.