BYJU’S AT 8: Making a GRAND entry into the 9th year! 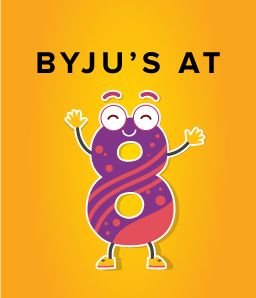 BYJU’S AT 8: Making a GRAND entry into the 9th year!

BYJU’S began as a dream to make learning engaging and fun for all. Today, we are a 4000+ team of young and dedicated BYJUites striving to empower and create better learners across the globe. BYJU’S 8th-anniversary celebrations were all about celebrating the force behind brand BYJU’S.

The wingding across offices was indeed a GRAND affair. From fun games to photo booths, exciting workshops to yummy food, musical concerts to dance performances, the day witnessed it all!

Have a quick look at the memorable anniversary celebrations across offices

Flaunting their BYJU’S T-shirt, BYJUites sang along to the beat of the music band – Circle of Sound. The mesmerizing dance performance by the BYJU’S Dance club was scintillating. Lip-smacking food from Ice Gola to Sweet Corn to Golgappas brought wide smiles and cheer on everyone’s faces.

Hopping from stall-to-stall playing engaging games and taking part in workshops, it was indeed a sight worth capturing at the event.

At the DIY workshops, BYJUites got hands-on experience in creating their own key chains and fridge magnets. The spin art corner, too, drew huge crowds as BYJUites created beautiful posters of abstract paintings. It was not just headquarters that showed great participation and team spirit for the anniversary, BYJU’S offices across the country celebrated the milestone with cakes, gifts, and other fun-filled activities.

Dreaming big, aiming high, and driven by a passion to #keeplearning, here’s celebr8ing everyone who’s been a part of our incredible journey.