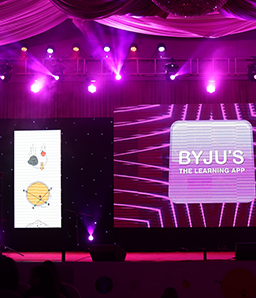 Celebrating the milestones of 2016, BYJU’S hosted a memorable party which saw the likes of renowned comedian Praveen Kumar, versatile VR artist Vinay Hedge and an electrifying performance by DJ Notorious. The event was organized to celebrate the achievements of the previous year and to welcome an unforgettable and eventful 2017.

THE START OF A GREAT NIGHT

The party took off from the registration desks where each guest was given a special tag, branding them as official BYJUites – members of one extensive and fun family. The guests received a red carpet welcome, many of whom grabbed a few fun accessories to pose with at the BYJU’S photo booth and the “I LOVE BYJU’S” installation.  Selfies, smiles and laughter were shared in abundance as people crowded around the booth, waiting for their chance to get clicked.

START WITH A VR BLAST

The event kicked off with a spellbinding showcase of the use of the latest VR technology. Versatile artist, Vinay Hegde- a 3D Modeller, Sculptor and Speed painter put up a scintillating VR performance, where he did a cosmic splash of the BYJU’S journey so far. 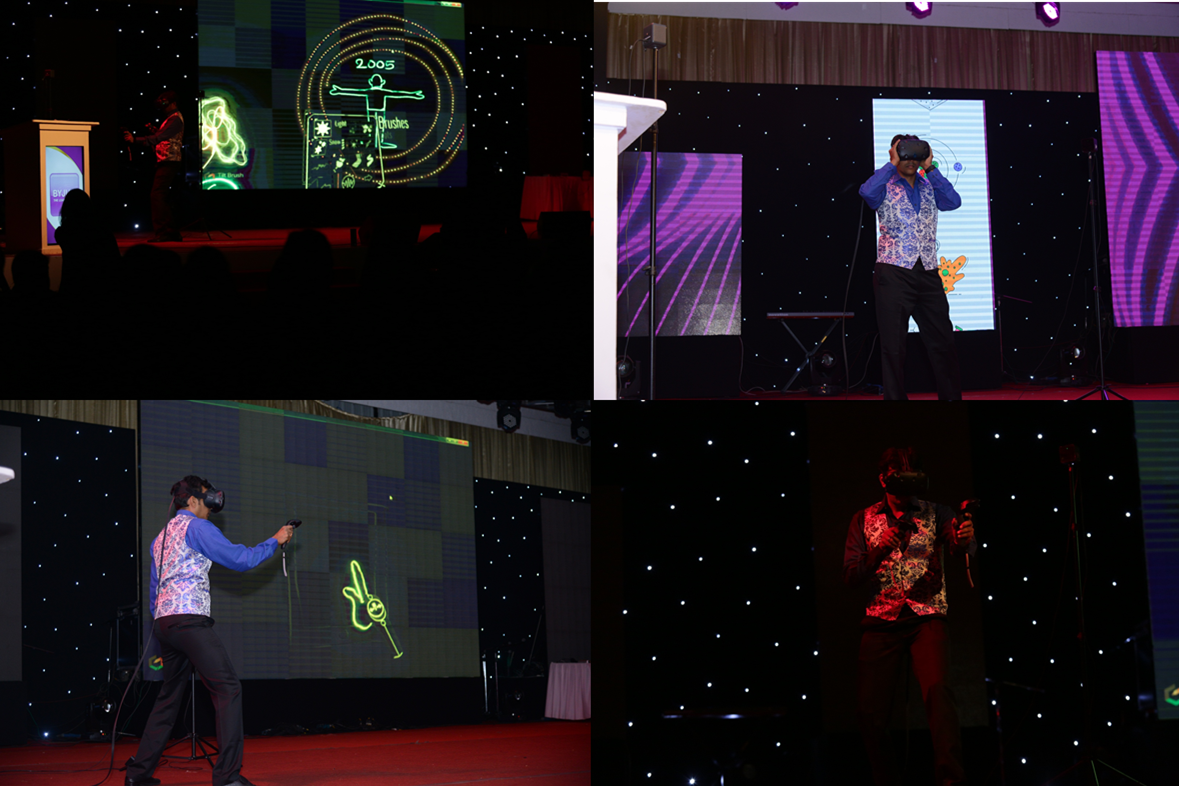 Following Vinay’s display, the much loved BYJU’S in-house band added a glorious ambience to the entire show- with Vibhuti Joshi, Sankhadip Goswami, Amar Kashyap, Prashant Mishra and Karthik K.K playing some of the most popular Hindi and English tracks. Their performance was followed by some power packed numbers by the talented Divya Gokulnath, teacher and Director at BYJU’S. Their performance left a resounding cheer in the entire hall and was one of the top highlights of the event.

After the musical saga, renowned standup comedian Praveen Kumar enlightened BYJUites about the food preferences of different communities across India, what it is like being a South Indian and much more. All in all, it was a laughter-packed 30 minutes which left the audience in splits.

COMPLETING FIVE FABULOUS YEARS AND THE ‘A’ TEAM

In 2011, BYJU’S started its journey with a small but strong set of people. The six oldest employees (who completed five years) of BYJU’S were congratulated by Founder & CEO Byju Raveendran for their relentless support and fantastic work.

This was followed by inviting the awesome ‘A’ team on stage without whom the brand BYJU’S wouldn’t have reached such great heights. This team, over the years, has changed the course of growth for the company. 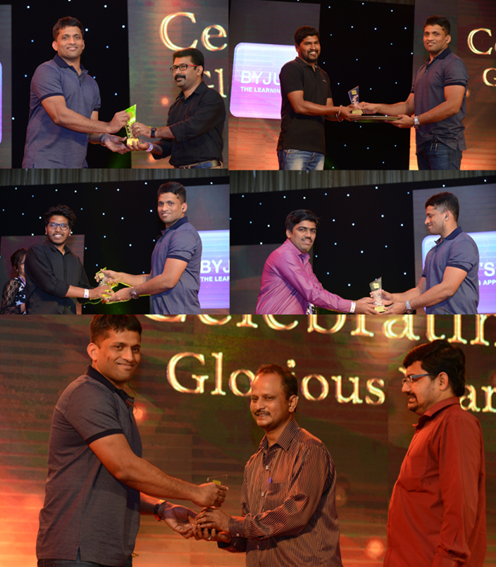 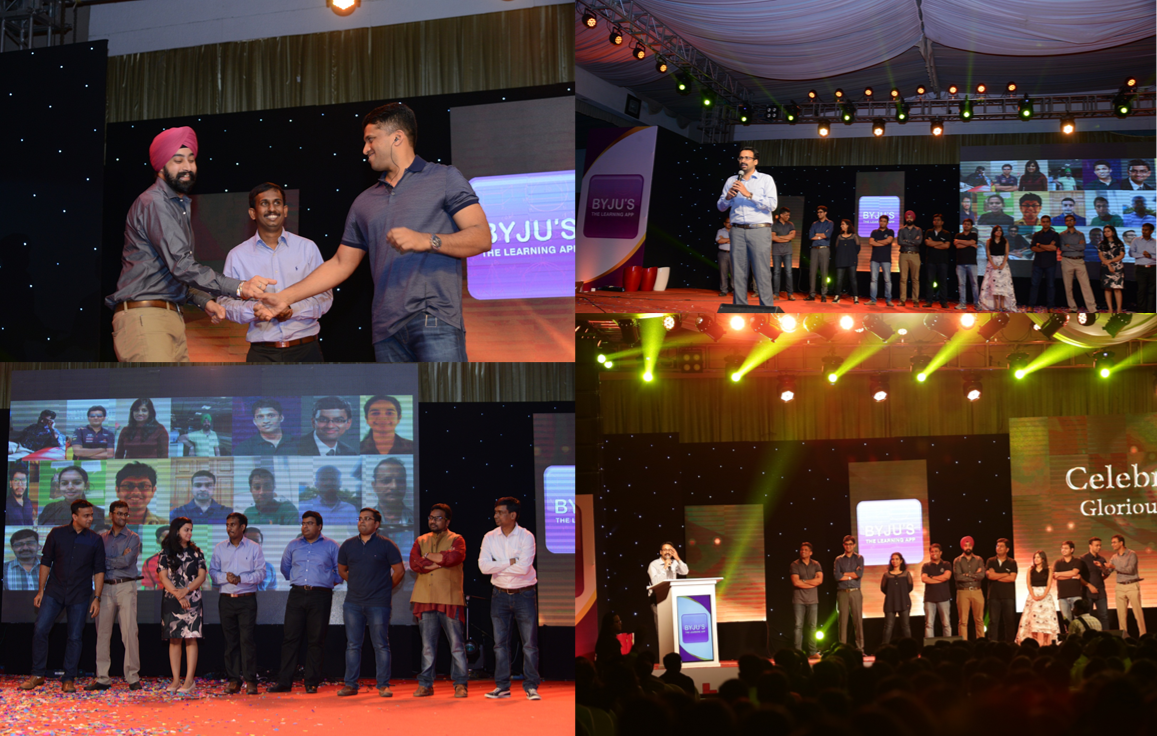 THE MAN OF THE HOUR

As the evening approached, Byju Raveendran took to the stage with words of motivation and encouragement for every BYJUite. Talking about brand BYJU’S journey so far, Byju Raveendran talked about how the learning app could make a mark for itself globally and about the contribution each BYJUite and team member could make in its success.

No party is complete without good food, and to top off all the brilliant performances and speeches, the guests were served a lavish dinner. With an array of over 100 dishes, the catering company from Calicut- Paragon, put before the guests, lip smacking dishes and cuisines from all over the country. The guests could not have enough of their food and kept going back for more! 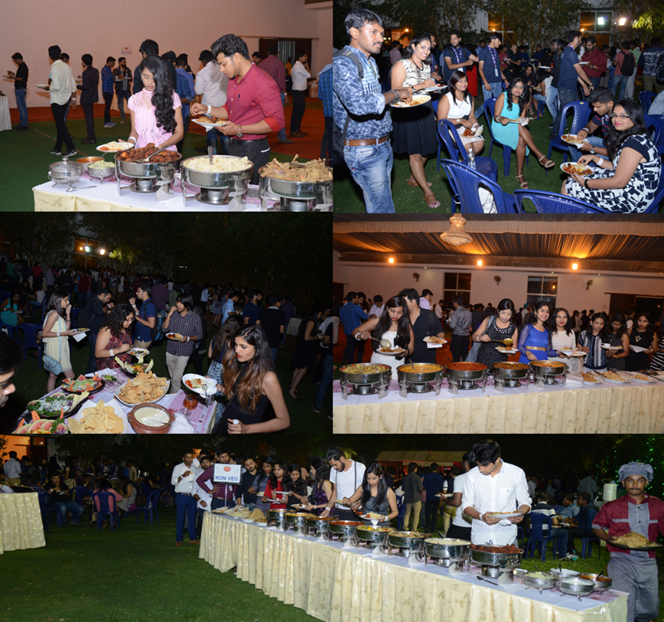 The main attraction of the party was kept on hold till the end – DJ Notorious along with his collection of foot tapping music. The glitz and glamour of the event, and the amount of fun all BYJUites had was evident from their concluding dance. There were no signs of chairs anywhere as the entire crowd had taken to the dance floor to spend an hour dancing and singing their hearts away. The BYJU’S party concluded in the most extravagant and thrilling style as BYJUites left with smiles on their faces and memories for a lifetime. 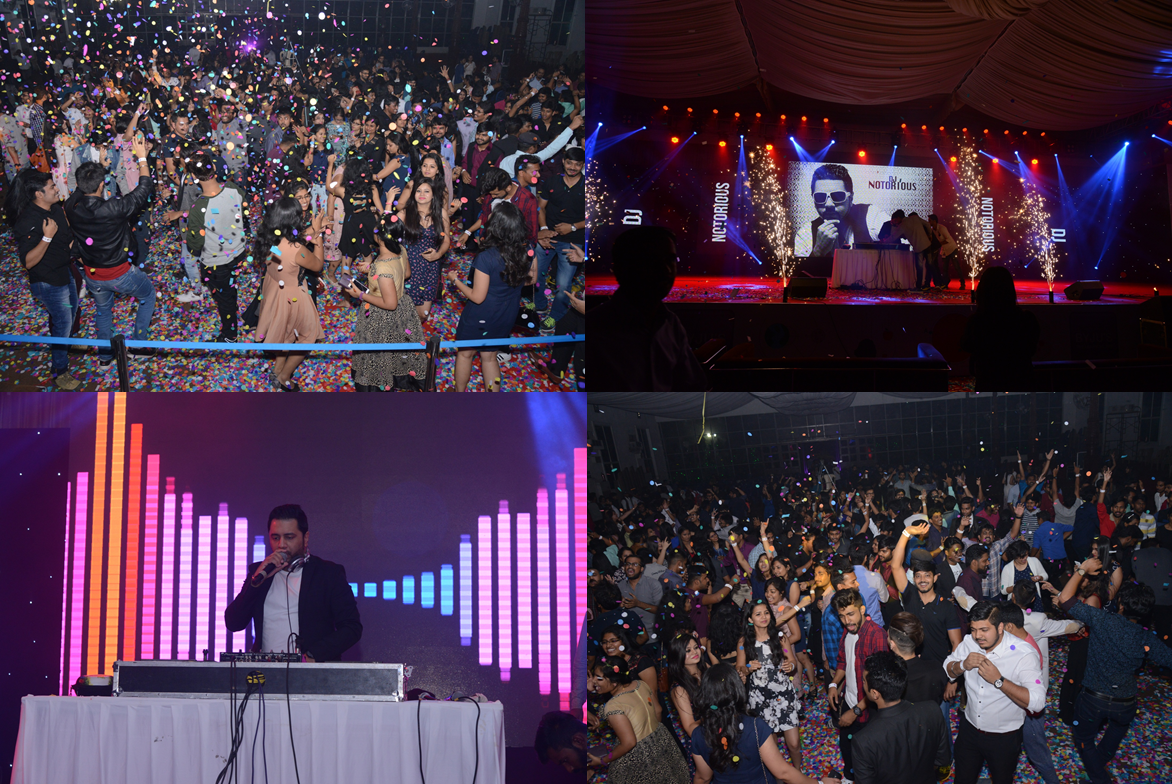