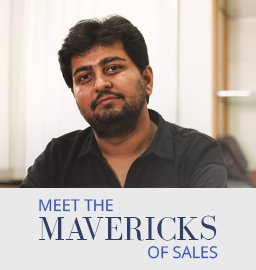 Seven years after Shrimn Nishit landed his dream role in the Business Development team, he reflects on what’s it like to be an integral part of the BYJU’S family. On a chance encounter with Team StoryWeavers, he shared his detailed journey with us.

Born in Ranchi, Nishit grew up in ‘The Coal City of India’ – Dhanbad where he completed his schooling. For him, his childhood essentials were a blend of – playing number games, learning music and binging on Formula No.1! (talk about Michael Schumacher, and he’ll be your bestie)

“I had always loved Math! Not because I wanted to discover a new theorem but it just made a lot of sense to me! You take two numbers, add any theorem and there – you get a third number. Throughout my school days, when most of my friends dreaded math, it was my most loved and favorite subject.”

From an MITan to a BYJUite

College days form our fondest memories! From making new friends, learning more about the world to sitting together and deciding on career options – those years are of high value to everyone. Nishit, a self-described geek, a dreamer and a practical thinker, got an opportunity to study both law and engineering. Several advices came flying from friends and family weighing on the benefits of studying both the subjects. Finally, deciding on a future career in the field of business, he picked the prestigious Manipal College to study Electrical Engineering.

“Manipal turned out to be very lucky for me. I had wonderful mentors who noticed my interest in the field of business and encouraged me to pursue a career in it. During my 8th semester, BYJU’S came to our campus to offer internships. When I sat for my interview, the company’s innovative ideas on instilling the love for learning among students marveled me. I made up my mind then and there and joined BYJU’S.”

From Numbers to Leads : His new journey

For Nishit, there were no second thoughts. Once he graduated from Manipal, he immediately joined BYJU’S, becoming the 8th member of the BYJU’S family.

“I joined BYJU’S in 2011 as part of the BD team. It was an opportunity to learn from Byju Raveendransir and Marketing Guru Mrinal Mohit sir. The amount of love and belief they entrust upon each employee, propels them to give out their best. I picked up and practiced the same when I got a team under me a year later.” (smiles)

He further added, “Back in 2011, we were a very small team and it used be super fun. We got the chance to dabble into multiple things which in turn helped us understand which areas of work did we enjoy the most.”

From conceptualizing, brainstorming about the product, to analyzing numbers, generating leads and expanding, we were doing almost everything. It was one of the most thrilling phase of my life!

A fast-riser in the world of Business Development, Nishit was quick to understand the business scenario and added in to help develop the product.

“We were coming up with innovative ways of making learning fun and engaging. From creating the product to adding animation, 3D images etc to the videos, we ensured to make learning fun and easy to grasp for our young readers. It was a chaotic as well as an exciting phase for all of us. We were on move all the time – from one city to another, meeting people and spreading the message.”

“Since my start as a Business Development team member at BYJU’S, till today, it has been a constant learning journey. There is never a dull day because there is always something to learn and explore. Today, I have a team of 500+ people in and around Delhi, where each one of us works with self-challenges, setting and achieving new milestones.”

He further adds, “Working in an education startup comes with its own perks. It is impressive to see the kind of impact that we can create i.e. helping millions think and learn better. Being a part of BYJU’S is extremely satisfying as I get to see and experience the impact created immediately. It is a great driving factor to see happy parents and students who are learning better with BYJU’S.”

BYJU’S has been a giver to all – a good career, an opportunity to interact with the best and most importantly to learn and create every day. It’s a place where people walk-in, not to sit for a 9-5 role but to invest, ideate, perform, and strike higher goals.

“BYJU’S is different because of the people we get to work with. From CEO, AVPs, to managers and team members, everybody is there at the ground, working together. I feel that for a great team building, it’s important to sit together to discuss, identify and solve issues. At the end, what matters most is the delivery  of work on time and setting higher targets for the next,” expressed the giddy AVP.