Working- for a sense of purpose, independence and creating an identity 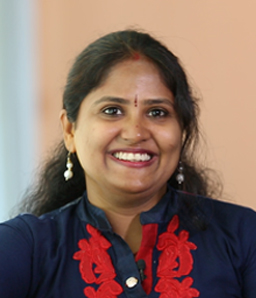 Working- for a sense of purpose, independence and creating an identity

Mamtha N. truly believes that she could not have asked for a better bargain than a job that allowed her to work from home, enabling her to take care of her child. Mother of six year old Aryan, Mamtha is a steadfast believer of shattering age old traditions, making way for women in an office. A Bangalorean by birth, she did her schooling, graduation and MBA from institutes around the city and has most of her family living in the same city. With a career in Human Resources spanning over ten years, Mamtha took the decision to take a three year long break after Aryan was born. On asking Mamtha about how it feels to be one of the very few mothers to restart their careers, she said – “The trend has changed considerably; many women want to work even after they have their children. They usually take a break for a year or two, but I decided to stay at home longer. Aryan used to have problem sleeping, staying awake through the night, I was the only one who could get him to sleep. But after three years, I realised that I had to do something for myself and that’s when I decided to get back to working.”

A determined Mamtha believes that, women should not be the ones to hold back. They should create their own identity beyond being a wife or a mother. Having a professional life gives mothers a sense of purpose and direction. They have interests they can harbour and make use of, along with financial independence. “How much I earn is secondary, how I make use of the work opportunities that come my way is my main concern,” Mamtha divulged. 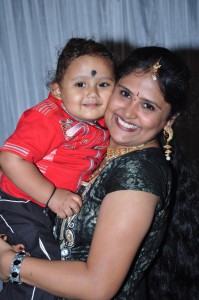 According to Mamtha, being a mother is a lifelong responsibility. Growing up with two other siblings meant more work for Mamtha’s own mother, who she considers to be her guardian angel. She too was an educator and encouraged all her children to study and work towards making themselves better in wherever they were interested in. Even though Mamtha’s mother chose not to work after her third child was born, she always encouraged Mamtha to work and follow her own dreams, along with taking care of her family. “She was the first person to put the reality of life as a working woman before me. She prepared me for the challenges I would encounter as an employee and as a mother, and was there with me throughout. Without her worldly advice, I would have been dissatisfied with whatever work I did and would have pursued a career for the sole purpose of being independent financially.”

BYJU’S has given Mamtha the platform to work in a field she loves and to take care of her child at the same time, and despite the challenges with multi-tasking, she believes it is the most fulfilling task for any woman. The days now are packed with cooking, helping her son with his school work along with conversing with other students for whom Mamtha is a mentor. Along with regular work, she also tries to squeeze in some time for Yoga and a short walk. Mental fitness is as important as physical fitness is the motto she stands by.

Once her work life started, Mamtha had to reinvent herself at several levels to embrace the change in her life. Along with her child, she had to discipline herself and attune her life with her new work schedule. During the first few years of motherhood, a mother’s schedule, timings, activities, all revolve around the baby. Once they grow older, their days become more structured with school, extra-curricular activities etc. Mamtha’s life too took a turn as her son grew older. Though her plans revolved around her son, they learnt to be more organized and efficient.

“We had a laid back, almost lethargic lifestyle before Aryan entered our lives. Motherhood carved a new person out of me. I had new responsibilities, my priorities changed and I discovered the new and very effective problem solver in me. The only challenge I faced was with my temperament, an issue all young mothers face when bringing up their first child. All moms get impatient, but most figure a way around that phase- impatience and anger never solves anything. I learnt it over the years and I hope my son learns it from me too,” quotes Mamtha.

When asked about things her son has picked up from her, Mamtha stated that children are very good observers, unintentionally. Her son has picked up her jovial nature and happy spirit. He meets new people every day and is always open and friendly with them, something that Mamtha follows too as a student mentor. Both mother and son love new people, places and experiences, learning about lives, helping others and not holding grudges are a few traits they share in common. “It is a beautiful experience noticing these small antics of theirs which they mimic from you, even better when their actions lead to something good. That is when you know that you have done the right kind of parenting.”

For a mother, every moment with her child is a memorable moment, with new learnings and experiences. Mamtha believes she is a little selfish as she wants her son to be with her all the time. But she also understands the importance of letting children do things on their own and being independent.

“Being a mother comes with its own bag of promises and dreams, but being a working mother allows freedom of thought and a sense of identity to mothers. As a mother, I feel empowered when I contribute to the growth of my family- the love for my work and my family together have helped me strike that balance which is the most important thing for a mother. This would not have been possible without the love and encouragement of my husband, Nagendra Hiremath and my mother-in-law.”- Mamtha N.