From Faraday’s law, the EMF induced in a closed circuit is given by –

is the magnetic flux, t is the time and

is the EMF induced.

Where, B = magnetic field and “ds” is a very small area.

In a coil of wire with N turns, the EMF will be-

Later, according to Lenz law, Faraday’s equation was modified accordingly which is now given by-

Now, this equation determines the direction of induced current and follows the law of conservation of energy.

For a moving conductor, the EMF is given by:

An example related to the magnetic induction is given below for better understanding.

A long solenoid having 15 turns per cm and a small loop area of 2 cm2 is placed in a solenoid to its axis. Find the induced emf in the loop while the current carried by the solenoid is changing steadily from 2.0 A to 4.0 A in 0.1 s. 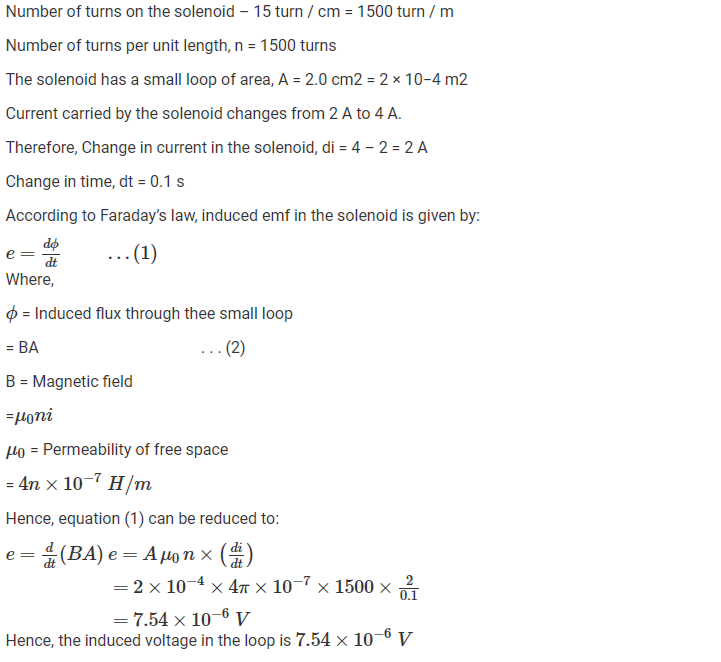