An annulus is a shape made out of two circles. An annulus is a plane figure formed between two concentric circles (the circles sharing a common center). The shape of the annulus is like a ring. Some of the real-life examples of annulus shape are finger-ring, dough-nut, a CD, etc.  Let us learn its meaning in terms of geometry along with the area formula and solved examples based on it.

The circle is a fundamental concept not only in Maths but also in many fields. A circle is a plane figure that is made up of the points situated at the same distance from a particular point. 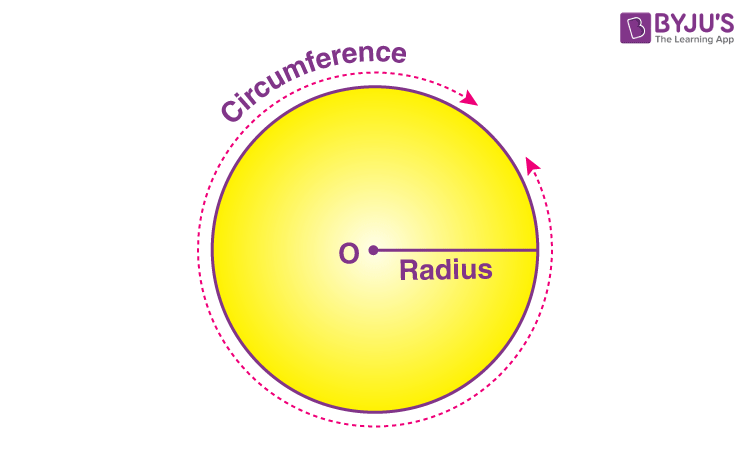 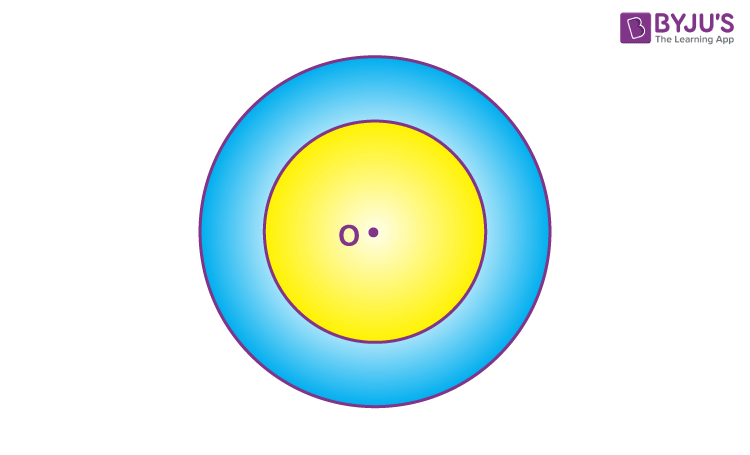 In the above figure, the blue shaded portion is the annulus.

The word “annulus” (plural – annuli) is derived from the Latin word, which means “little ring“. An annulus is called the area between two concentric circles (circles whose centre coincide) lying in the same plane.

Annulus is the region bounded between two circles that share the same centre. This shape resembles a flat ring. It can also be considered as a circular disk having a circular hole in the middle. See the figure here showing an annulus.

Here, two circles can be seen, where a small circle lies inside the bigger one. The point O is the centre of both circles. The shaded coloured area, between the boundary of these two circles, is known as an annulus. The smaller circle is known as the inner circle, while the bigger circle is termed as the outer circle.

In other words, any two-dimensional flat ring-shaped object that is formed by two concentric circles is called an annulus.

Similar to other two-dimensional figures, the annulus also have two important formulas. They are:

The area of the annulus can be determined if we know the area of circles (both inner and outer). The formula to find the annulus of the circle is given by:

The area of the annulus can be calculated by finding the area of the outer circle and the inner circle. Then we have to subtract the areas of both the circles to get the result. Let us consider a figure: Or we can also write it as;

Q.1: Calculate the area of an annulus whose outer radius is 14 cm and inner radius 7 cm?

Q.2: If the area of an annulus is 1092 inches and its width is 3 cm, then find the radii of the inner and outer circles.

Solution: Let the inner radius of an annulus be r and its outer radius be R.

What is an annulus?

An annulus is a two-dimensional figure formed between two concentric circles.

What is the area of annulus?

What is the perimeter of annulus?

The perimeter of annulus is the total distance covered by the boundaries of outer circle and inner circle. It is given by:
Perimeter = 2π (R + r)

What are the examples of annulus shape?

The most common examples of annulus shape is a ring, do-nut, a tyre tube, etc.