Covariance is a measure of the relationship between two random variables and to what extent, they change together. Or we can say, in other words, it defines the changes between the two variables, such that change in one variable is equal to change in another variable. This is the property of a function of maintaining its form when the variables are linearly transformed. Covariance is measured in units, which are calculated by multiplying the units of the two variables.

Covariance can have both positive and negative values. Based on this, it has two types: 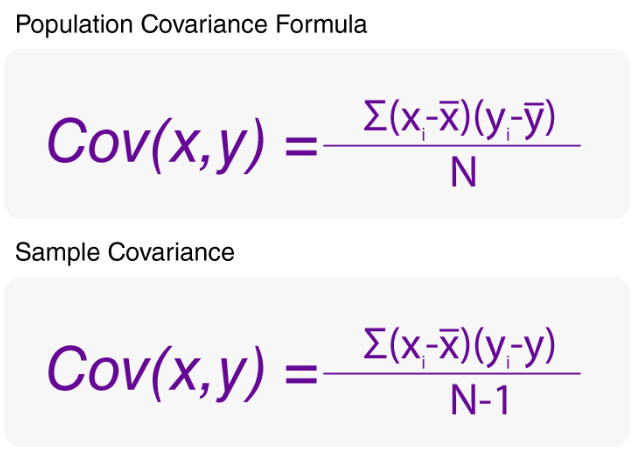 We have already discussed covariance, which is the evaluation of changes between any two variables. Correlation estimates the depth of the relationship between variables. It is the estimated measure of covariance and is dimensionless. In other words, the correlation coefficient is a constant value always and does not have any units. The relationship between the correlation coefficient and covariance is given by;