What Is Meant by Monosporic Development of Female Gametophyte?

The female gametophyte in an angiosperm is also called the embryo sac. It is present inside the ovule or the megasporangium enclosed within the nucellus and integuments. Generally, there is only one embryo sac present in each ovule.

Female gametophyte in most of the angiosperms develops from a single megaspore. The formation of a megaspore is known as megasporogenesis. Typically a single megaspore mother cell (MMC) gets differentiated at the micropylar region of ovule or megasporangium unlike microsporangium, where each cell of sporogenous tissue can act as a pollen mother cell and gives rise to microspore tetrad. 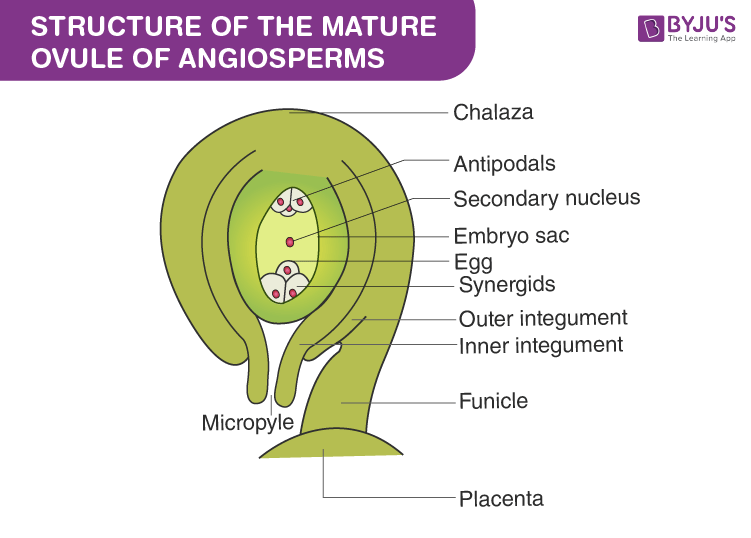 The nucleus of the functional megaspore undergoes sequential mitosis division without the formation of a cell wall, i.e. free nuclear. It divides by mitosis to produce two nuclei, which move to the opposite poles of the embryo sac. Two more mitosis division leads to the formation of an embryo sac with 8 nuclei and then the cell wall formation takes place to form an embryo sac with 8 nuclei and 7 cells. The central cell possesses two polar nuclei. 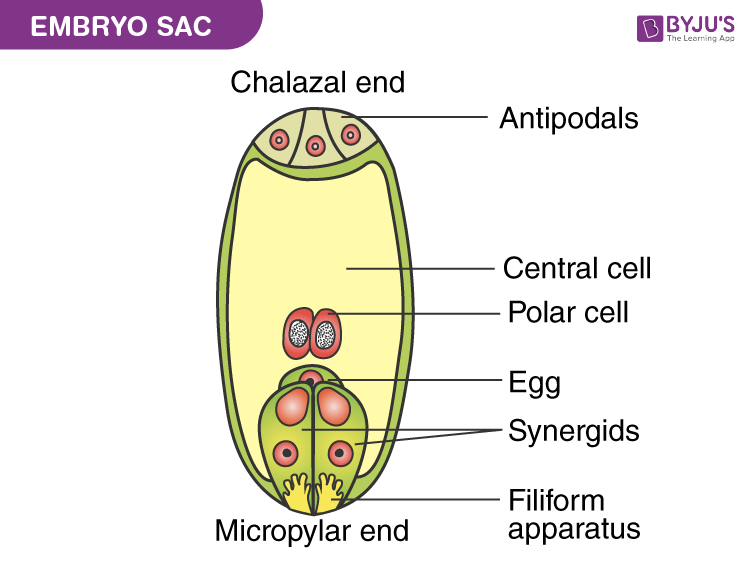 Stay tuned to BYJU’S to learn similar questions and important points related to the Plant Kingdom.