A dumb-bell consists of two identical small balls of mass 12 kg each connected to the two ends of a 50 cm long light rod. The dumb-bell is rotating about a fixed axis through the centre of the rod and perpendicular to it at an angular speed of 10 rad/s. An impulsive force of average magnitude 5.0 N acts on one of the masses in the direction of its velocity for 0.10 s. Find the new angular velocity of the system. 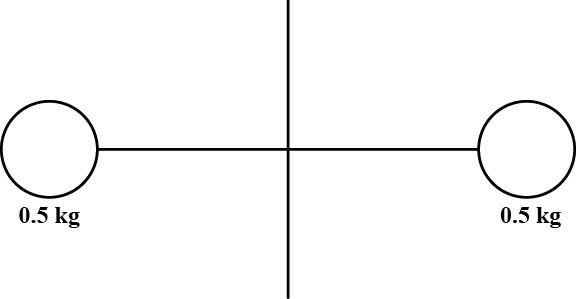