In a game of football, if a player kicks the ball into opponent's goal post then he scores a goal. If he passes the ball to any of his team mates and that particular team mate scores a goal after that, the player is said to have assisted the goal. Suppose you are the captain of a football team and you have to select a striker for your team. Here you have line graphs which give the goals and assists of two players in past 5 months. Which player will you select for your team? (Assume matches played by both the players had same level of competition) 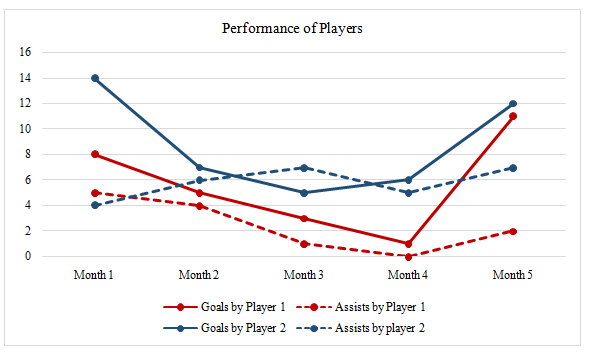 Anyone since both are equally good

You won't select anyone and play without a strike