The correct option is A Triose phosphate is the electron donor while acetaldehyde is the electron acceptor
Ethanol fermentation, also called alcoholic fermentation, is a biological process which converts sugars such as glucose, into cellular energy, producing ethanol and carbon dioxide as a byproduct.
This process occurs in two stages:
- First, the glucose is converted into pyruvate with the generation of ATP and NADH.
- Next, the obtained pyruvate is converted into ethanol and carbon dioxide, with the consumption of NADH generate during glycolysis. 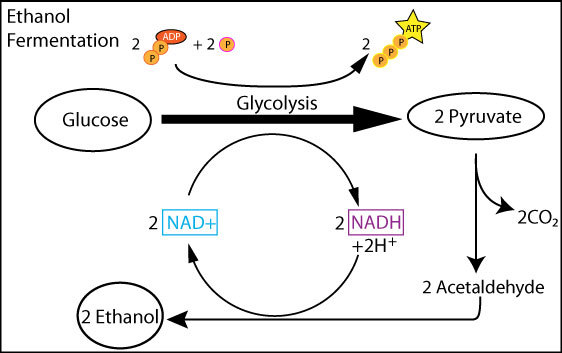