There is no friction anywhere in the system shown in figure. The pulley is light. The wedge is free to move on the frictionless surface. A horizontal force F is applied on the system in such a way that m does not slide on M or both move together with some common acceleration. Given M>√2m. 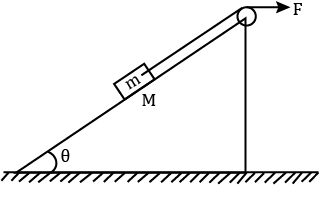 Let R be the reaction force on wedge by the ground.
Here, R=(M+m)g

The FBD of the wedge: 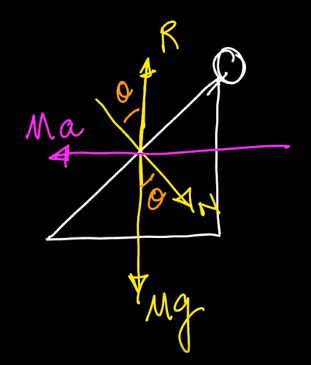 The FBD of the block:

Again, lets take previously derived equation
Fii(M+m)M=FiimcosθM+mgsinθ
But, Fii=N/√2
Hence, we get
N(M+m)√2M=Nmcosθ√2M+mgsinθ
By solving this, we can say that
N<mgsinθ