Draw a sketch of Bohr’s model of an atom with three shells. 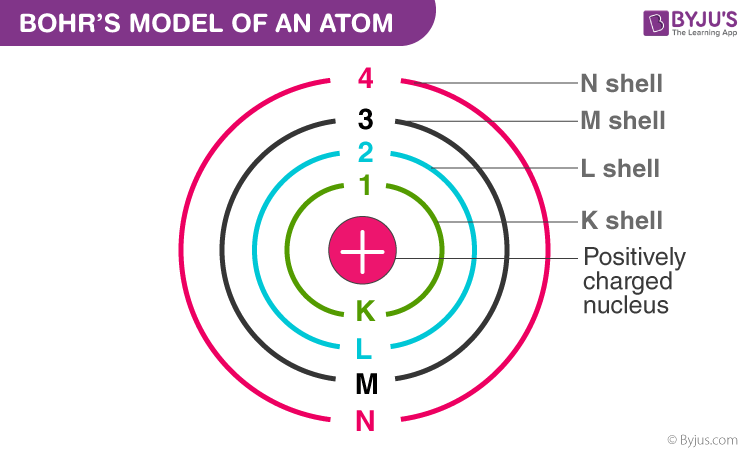 Write opposite process of evaporation Azane is IUPAC name of : a) Sulfuric acid b) Carbon dioxide c) Quick lime d) Ammonia Dacron is a polymer of a) glycol and phenol b) glycol and terephthalic acid c) glycol and formaldehy... A drop of water is an example of a) Nano ecosystem b) Micro ecosystem c) Macro ecosystem d) None of ... The process of ore dressing is carried out to (a) remove the silicious materials (b) add flux to the... Which of the following is a tetrabasic acid (A) Hypophosphorous acid (B) Metaphosphoric acid (C) Pyr... The metal used in solar cells is a) Cesium b) Tin c) Gold d) Sodium EDTA is a a) Tridentate ligands b) Bidentate ligands c) Hexadentate Ligands d) None of the option Which of the following diffuses fastest and which the slowest? Solid, Liquid and Gas. Give reasons f... A compound formed by elements A and B has cubic structure in which A atoms are at the corners of the...