Explain the working of a solenoid

A solenoid is a common term for a wire coil used as an electromagnet. It also applies to any system that uses a solenoid to transform electric energy into mechanical energy. The system generates a magnetic field from electric current and produces linear motion using the magnetic field.

Consider a solenoid of length is such that it is large as compared to its radius. Here the wire is wrapped with a very small gap between any two turns in the shape of the helix. The wires are also enamelled, rendering them insulated from one another. As a consequence, one can take every turn as a closed circular loop. Thus created magnetic field is equal to that formed by a circular loop and the total magnetic field created by the solenoid can be specified as the sum of vector force generated by every such turn. The lines of magnetic fields generated inside a finite solenoid are shown in the figure below. 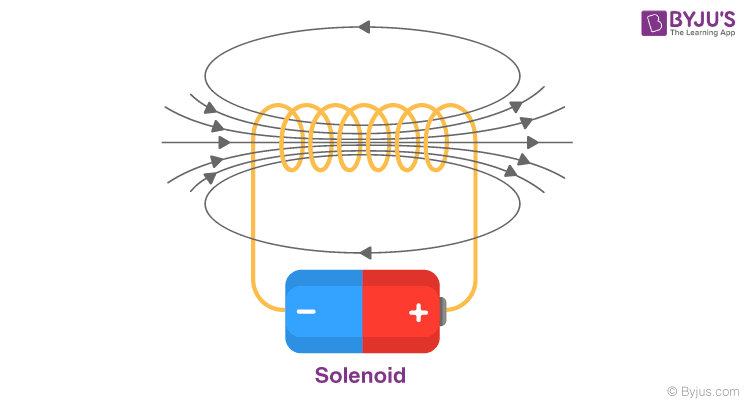 From the Law of the Ampere, the magnetic force created by a solenoid can be described as,

n = number of turns of the wire per unit length

I = current flowing through the wire

The direction is given using the right-hand thumb rule.