Fertilization can be defined as the fusion of the male gametes (pollen) with the female gametes (ovum) to form a diploid zygote. It is a physicochemical process which occurs after the pollination of the carpel. The complete series of this process takes place in the zygote to develop into a seed.

Fertilization in plants occurs after pollination and germination.

Pollination occurs through the transfer of pollen which is the male microgametes of seed plants, producing the sperm – from one plant to the stigma (the female reproductive organ) of another. The pollen grain takes up water and germination occurs. The germinated pollen grain sprouts a pollen tube, which grows and penetrates the ovule (the egg structure of the plant) through a pore called a mycropyle. The sperm is then transferred through the pollen tube from the pollen. The image given below shows the picture of different parts of the plant and where the fertilisation takes place. 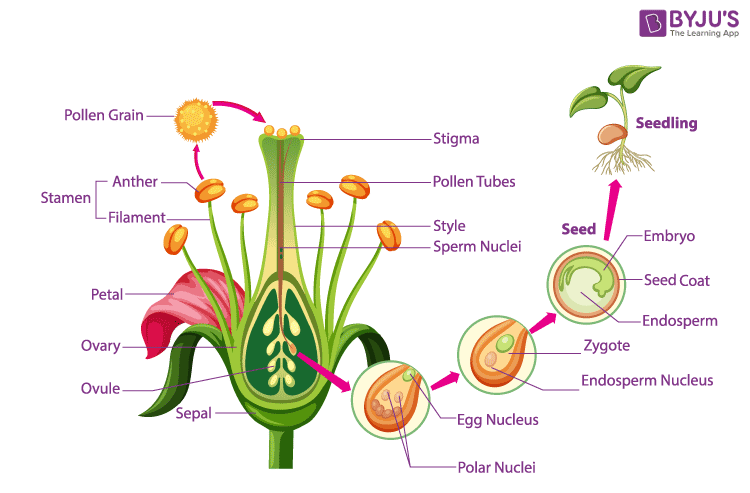