How to read maps? What are the types of maps?

The map is a drawing or representation as per the scale of the surface of the earth or a portion of it on a flat surface.

There are five types of map which are explained below.

On a large scale, the plan is a representation of a small area. A large-scale map gives a large amount of data.

It is a drawing focused mostly on recollection and observation of spots and not on the scale.

Thematic maps are called maps that concentrate on specific details, such as road maps, forest distribution, rainfall maps, industries, and so on.

Maps with their borders displaying towns, cities, villages, states, and various nations of the world are called political maps.

Physical or relief maps are classified as maps displaying natural characteristics of the earth, such as plateaus, mountains, oceans, rivers, plains etc.

There are three components of maps which are given below.

Various features like houses, highways, bridges, trees, railway lines or wells. So, by using those shades, letters, colours, lines and pictures on the charts, they are shown. In a minimal choice, these symbols offer a lot of detail. Maps can be drawn quickly and are easy to understand with the use of such symbols.

Maps are sketches that simplify the globe as a whole or a portion of it to fit on a paper or sheet. A scale is being used accurately to do this. A scale is a ratio of the actual ground distance to the distance displayed on the map. 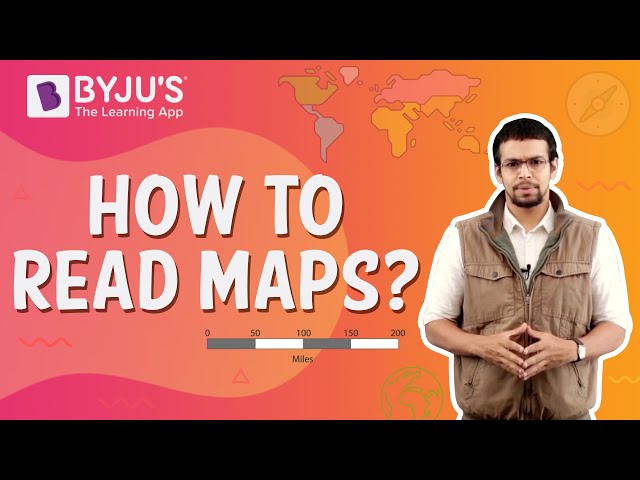