The below-given diagram represents the pyramid of energy in _________. 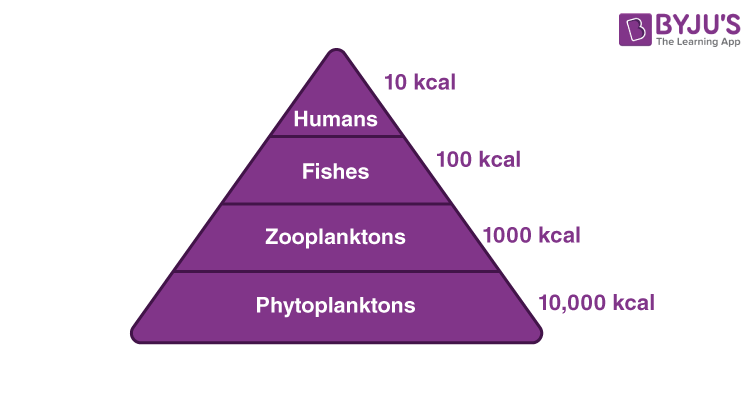 The Correct Answer is (D) An aquatic ecosystem.

The above give diagram represents the pyramid of energy in an aquatic ecosystem.

This is graphically represented to explain the productivity of the biomass at each trophic level in an ecosystem.

In the above-given diagram

Explore more such questions and answers, at BYJU’S.