What are the Major Divisions in the Plantae?

The kingdom Plantae is divided into five main divisions and they are as follows:

These divisions are based on the following criteria:

Thallophyta is the first division of the plant kingdom. Algae and fungi are the two main sub-divisions. It also includes bacteria, molds, lichens, and slime.

Bryophyta are known as the amphibians of the plant kingdom. Mosses, hornworts, and liverworts are the three main sub-divisions.

Pteridophyta are the vascular plants that use spores for reproducing. They are also known as cryptogams as they do not produce flowers and seeds. Ferns, lycophytes, and horsetails are the three main divisions of Pteridophyta.

Gymnosperms are flowerless plants that produce cones and seeds. The term gymnosperm means ‘naked seeds’. Coniferophyta, cycadophyta, ginkgophyta, and gnetophyta are the four divisions of gymnosperms. 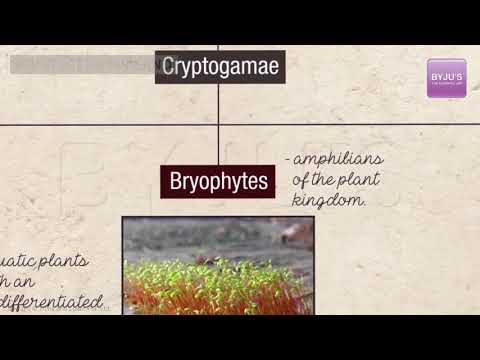