What does ellipse mean?

An ellipse is the locus of all those points in a plane such that the sum of their distances from two fixed points in the plane, is constant. The fixed points are known as the foci which are surrounded by the curve. 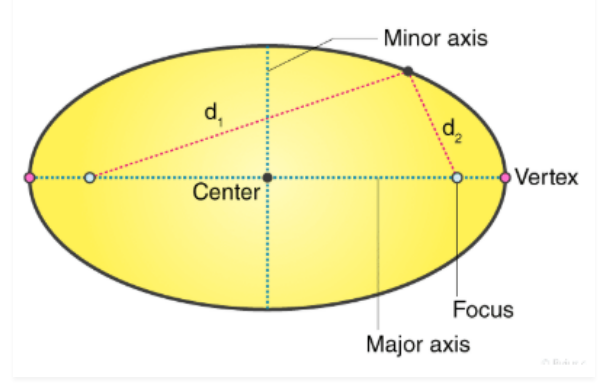