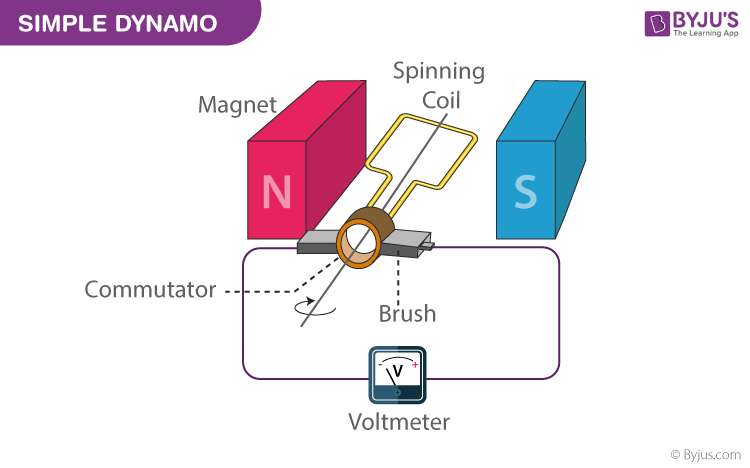 Above is an image of simple dynamo with a coil made from conducting wire which is placed between the North and the South poles of two permanent magnets. No voltage is induced when the coil is stationary. As the coil rotates, there is a change in the magnetic field which induces a voltage within the coil.

Difference between Dynamo and Generator