What is role of HCl acid in our stomach?

When the digesting process begins, the activation of parietal cells in the gastric gland by the combined action of acetylcholine and histamine causes hydrochloric acid to be secreted. It has a variety of functions, the most important of which is to activate pepsin, which aids in the digestion of proteins in the stomach. Its pH is exceedingly low—nearly 1.5 to 3–due to the release of conc. HCL in the stomach. This acidity level also aids in the destruction of some dangerous germs that are consumed with food. By suppressing the release of gastrin, the hormone somatostatin regulates the acidity of the stomach.

The role of HCl is

Note: The main cell in the stomach produces pepsinogen.
1. Several goblet cells in the stomach wall create mucus.
2. Mucus protects the stomach wall from the acidic contents of the stomach.
3. Hydrochloric acid is also necessary for vitamin B12 absorption.
4. It makes the intrinsic factor manufacturing easier. Vitamin B12 absorption and assimilation are aided by the intrinsic factor. Red blood cells (RBCs) and nerves require vitamin B12 for proper development and maintenance. Pernicious and megaloblastic anaemia is caused by a lack of this vitamin. 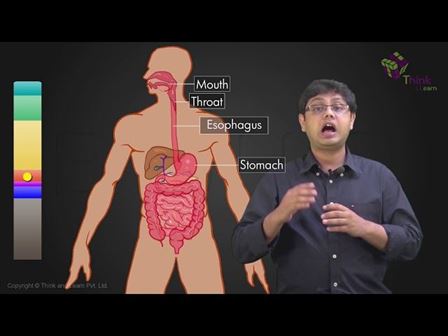