Why do we need a constitution?

India’s Constitution is the supreme law of India. It defines the Government’s fundamental political values, policies, processes, powers, rights, and duties. It conveys constitutional supremacy & not parliamentary supremacy because it is not established by the Parliament but by a constituent assembly and adopted by its citizens, with a declaration in its preamble.

The Constitution of India is the longest Constitution in the world. It had three ninety-five articles in twenty-two parts and eight schedules at its beginning. It comprises of around 145,000 words making it the world’s second-largest functioning constitution. It currently has a preamble, twenty-five parts with twelve schedules, five appendices, four forty-eight articles & hundred and one amendments.

Why do we need a constitution?

It is important to have a Constitution for the following reasons: 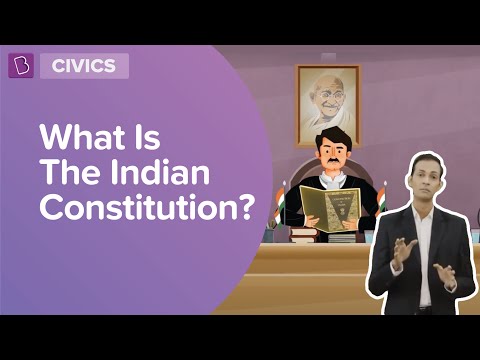 What is the young one of a fish called? Define land degradation. Explain with causes and control measures How many seasons are there in a year? Name them. Write a short note on commercia banks Why houses in Assam are built on stilts? Why should we avoid wastage of food? Which planet is called Earth’s Twin? Name the crops grown in summer and winter season What are phrasal verbs? What did Bastille symbolize? What is go west policy in Brazil? Why is democracy considered the best form of government? Explain why plastic containers are favoured for storing food? What is internet protocol? Which country is known as the land of lilies? What do you mean by coming together federation? What is visual analytics? Why did the Indians oppose the Rowlatt Act? Define primary activities with examples What is resource development?