RS Aggarwal Solutions for Class 6, Chapter 1, Number System Exercise 1C has various word problems on number operations which are explained here. Experts in Mathematics have solved problems which are mentioned in Exercise 1C to help students solve problems with ease.

By practising RS Aggarwal Solutions for Class 6 Chapter 1 Number System, students easily understand the concepts explained under this chapter thoroughly. It mainly boosts their confidence in solving tricky problems and score high marks. Thus, students who aspire to improve their performance in the academic year are advised to go through RS Aggarwal Solutions for Class 6. 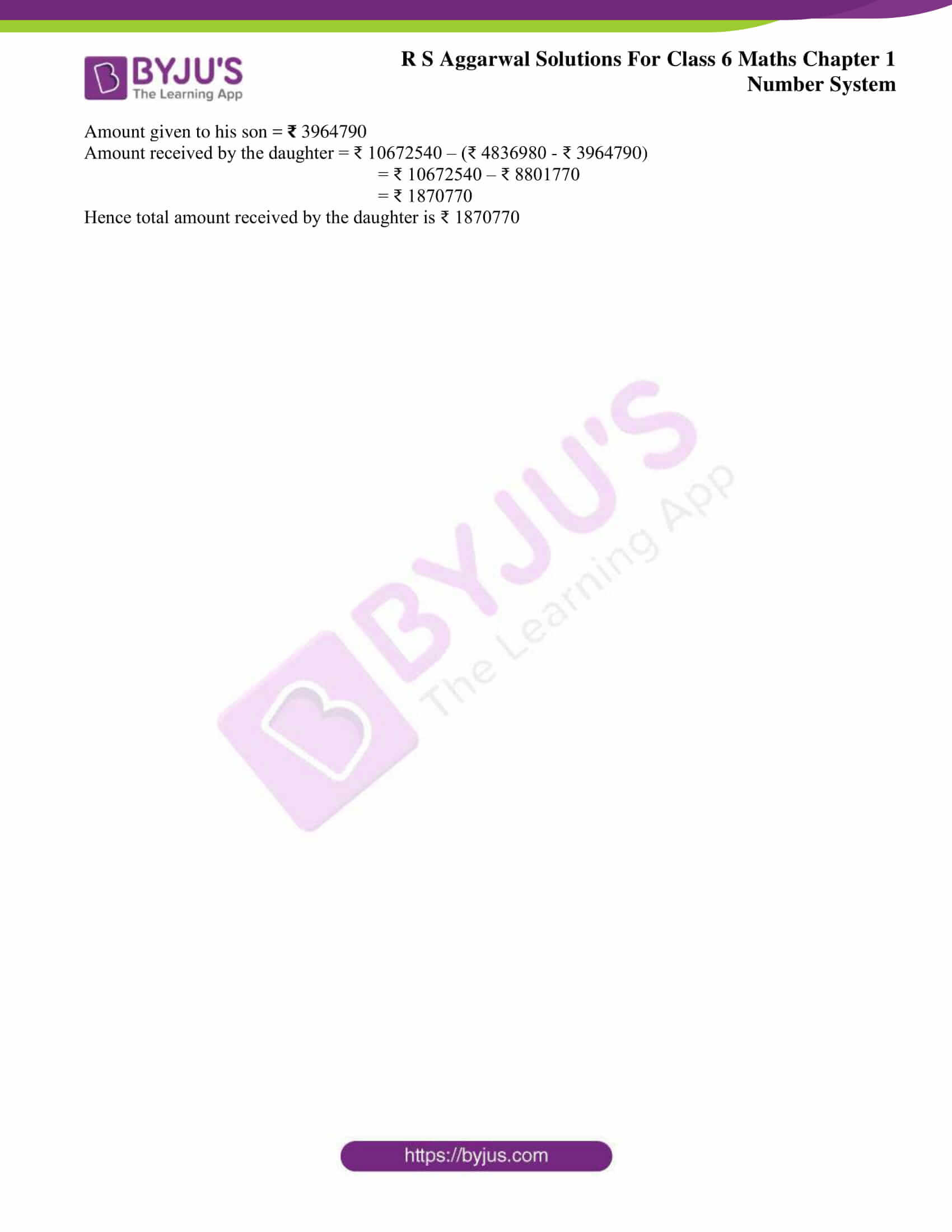 1. The number of persons who visited the holy shrine of Mata Vaishno Devi during last two consecutive years was 13789509 and 12976498 respectively. How many persons visited the shrine during these two years?

5. A survey conducted on an Indian state shows that 1623564 people have only primary education; 9768678 people have secondary education;6837954 people have higher education and 2684536 people are illiterate. If the number of children below the age of school admission is 698781, find the total population of the state.

Children below the age of school admission = 698781

Therefore total amount of money left with him is ₹ 6392915

Hence total amount received by the daughter is ₹ 1870770

Exercise 1C of RS Aggarwal Solutions of Chapter 1 Number System consists of word problems on number operations. The solutions consists of step wise explanations in simple language which helps students in their exam preparation. Some of the topics which are explained in other exercises are given below:

Students are advised to follow RS Aggarwal Solutions to understand the Chapter in a better way as they provide solutions in a step by step manner. By practicing these solutions students will come out with good performance in the examinations