Euclid’s method was constructed by a Greek Mathematician who postulated the theorems and axioms. The postulates and axioms which were introduced by Euclid are used primarily for arithmetic and measurement. The students while solving problems on a regular basis can make use of the RS Aggarwal Solutions for Class 9 which can boost their problem solving skills.

The solutions are explained in simple language, which is understandable by the students. These solutions are mainly prepared by experts having good knowledge about the concepts to make the exam preparation of the students effective. RS Aggarwal Solutions for Class 9 Chapter 6 Introduction to Euclid’s Geometry are provided here. 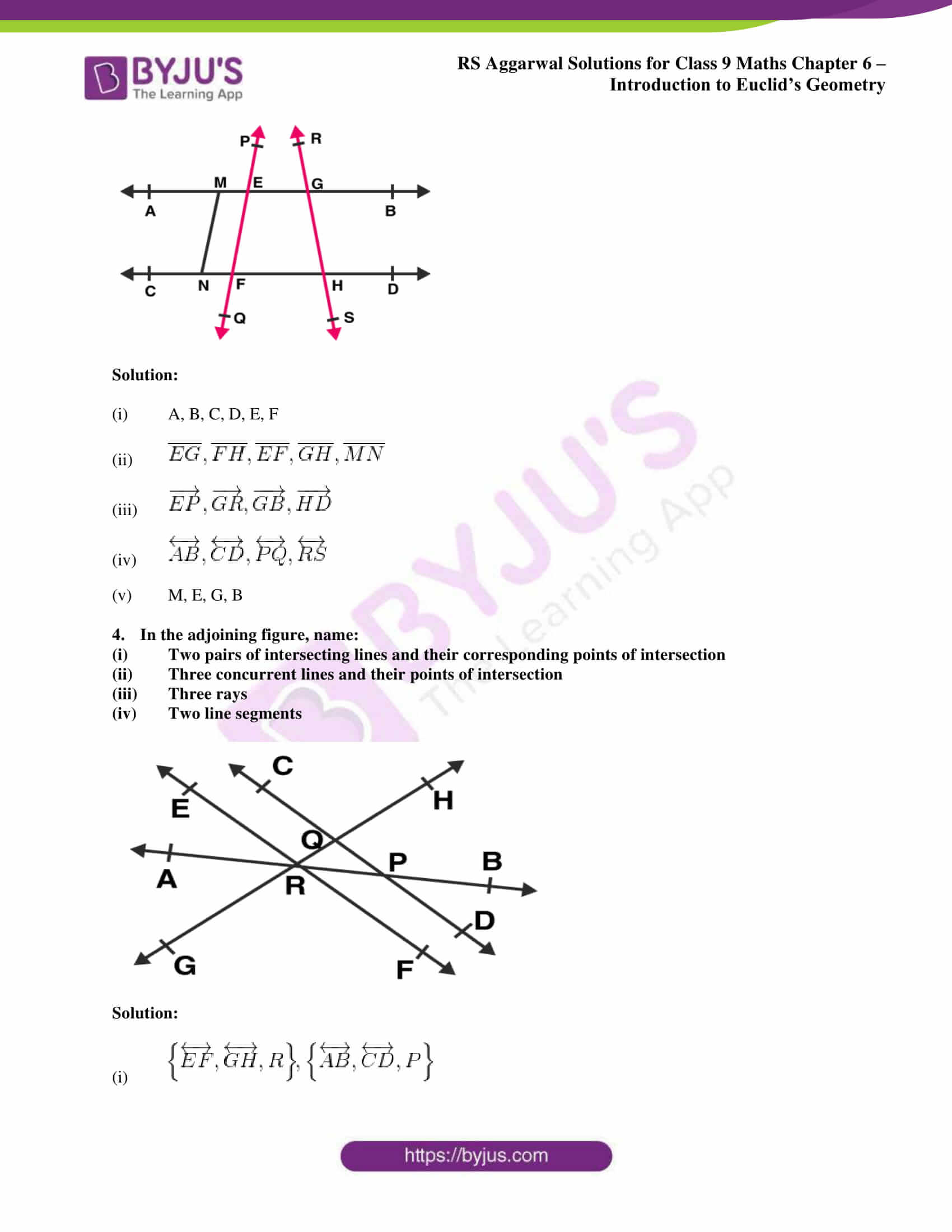 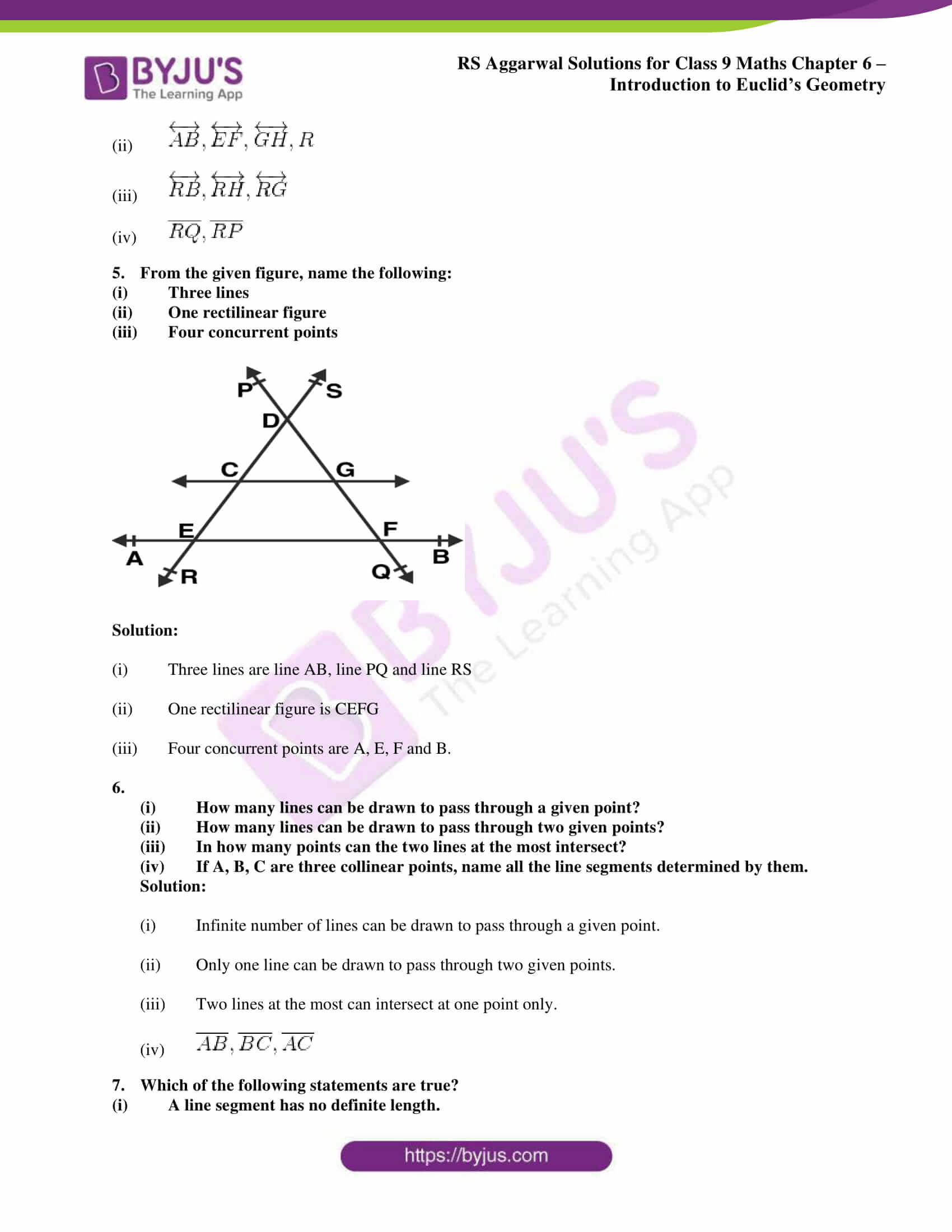 1. What is the difference between a theorem and an axiom?

Axiom – A line can be drawn through two points.

3. In the adjoining figure, name: 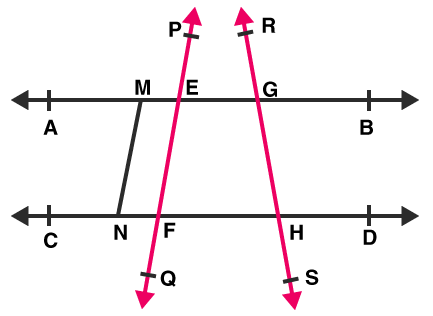 4. In the adjoining figure, name: 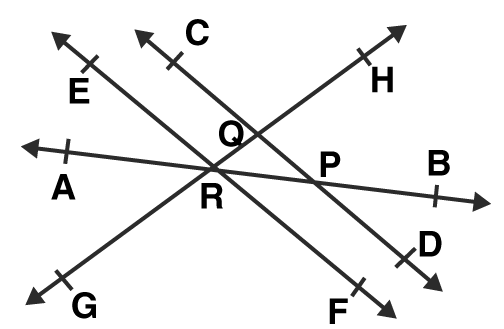 5. From the given figure, name the following: 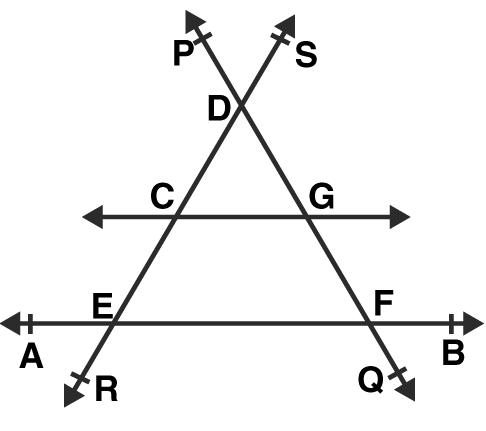 7. Which of the following statements are true?

8. In the given figure, L and M are the mid-points of AB and BC respectively. 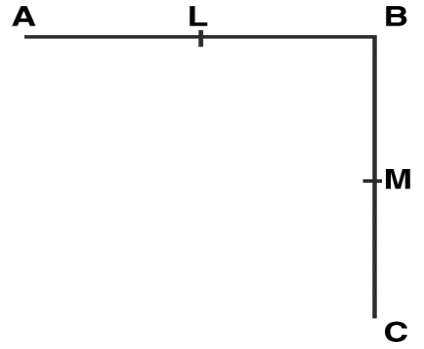 The Chapter 6, Introduction to Euclid’s Geometry, has 1 exercise with various axioms and postulates explained in brief and their applications in daily life. The topics which are mainly focused on in RS Aggarwal Solutions for Class 9 Chapter 6 are as follows:

Students can refer RS Aggarwal Solutions for Class 9 Chapter 6 to have a good hold on the concepts and solve the problems that are difficult with ease. The brief and detailed solutions give a better chance to the students for understanding and learning concepts covered in this chapter.