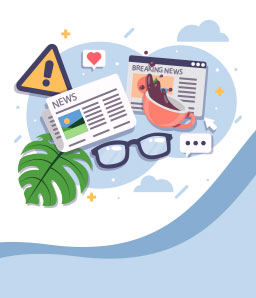 In 2019, we’ve seen a lot of stories make headlines throughout the world. From the support against the burning of Amazon rainforests to the climate strikes led by teen activist Greta Thunberg, the year was charged with energy where we all wanted to make the world a better place.

But did you know that there were a lot of ways in which the world already became better in 2019?

Here are 10 new stories from across the world in 2019 about a positive change made for life on earth. Some of these may surprise you!

Ethiopia planted more than 350 million trees in a day, setting a new world record. This was done to battle against deforestation and the negative effects of climate change in Ethiopia, which is prone to droughts.

Galapagos tortoise came back from extinction after 100 years. These animals were considered to be extinct, but a female tortoise was spotted on the Galapagos island after 113 years!

A 14-year old boy from Himachal Pradesh built a smart-dustbin. With an in-built sensor, this dustbin can identify if there is litter around it and beeps the message, “Use me”.

Gaolpara in Assam built India’s first plastic roads. This region in Assam has a scarcity of traditional road-building materials. So instead, they used recycled plastic to build their roads!

With so many good things happening all around the world, now is the time for us to gear up to bring about a positive change in the world! If we put our hearts and minds to a cause, bit by bit, we all can make a difference.

What is one positive change you would like to bring out in the world in 2020?