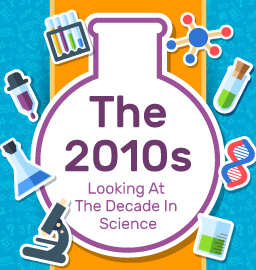 10 Scientific Discoveries That Changed The World In The Last Decade!

This year marks the beginning of a whole new decade and a new chapter in history! With everything from manned-Mars missions and cure for major illnesses in the pipeline, this decade is sure to introduce us to some breakthrough scientific discoveries.
As we look forward to the path-breaking discoveries in the next decade, let’s rewind a bit and see what the 2010s offered us. 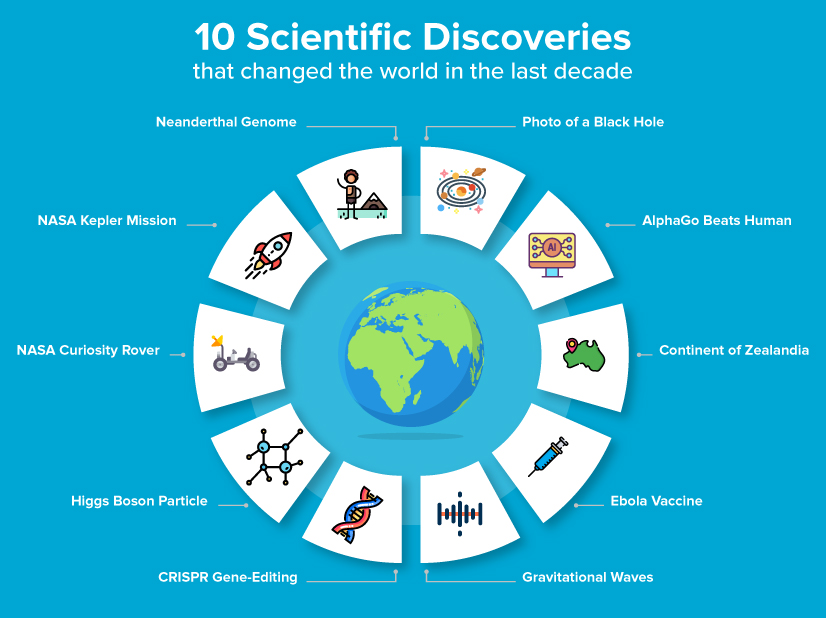 The map of an organism’s DNA is called a genome. In 2010, scientists mapped the genome of ancient beings called Neanderthals. Neanderthals are an extinct species of humans who inhabited the Earth thousands of years ago.

We’re getting to know our red neighbour more closely! In 2011, NASA’s Curiosity rover was sent to Mars to find out if there is life on the red planet! As big as an SUV, the Curiosity rover is full of scientific equipment to detect the presence of living things.

4. The Higgs Boson particle is discovered at the CERN – 2012

5. CRISPR technique of gene-editing changes the world of biology- 2012

Imagine cutting and pasting words while typing on a computer. The CRISPR technique can do something similar with genes in a DNA! This discovery has revolutionised the world of biology and given us the chance to cure a lot of illnesses!

6. Gravitational waves are recorded a century after Einstein’s theory – 2016

Imagine working on a problem for a century and then finally finding the answer! That’s what happened to scientists in 2016. When objects with enough mass accelerate, they send waves, called gravitational waves through space. That was Einstein’s theory in 1916. A century later, scientists discovered a gravitational wave for the first time!

The Ebola virus terrorised the world in 2014. But scientists saved the day when a vaccine for this deadly virus was discovered in 2016! This vaccine can help save the lives of a lot of people in Ebola-affected areas, especially in West Africa.

8. Geologists found the hidden continent of Zealandia under the ocean – 2017

Did you know the Earth had a hidden eighth continent? In 2017, scientists discovered the continent of Zealandia (near Australia) that is now underwater! Scientists believe that Zealandia was once a part of Australia but broke off and got submerged in water 60-85 million years ago.

“Go” is one of the world’s most complicated board games to play! And for computers, this game is even more difficult, because of the large number of moves a player can make. But in 2017, an AI machine named AlphaGo beat the world champion (human), player! What do you think this says about the future of artificial intelligence?

Black holes are one of those mysterious secrets of the universe that have mesmerised scientists like Albert Einstein and Stephen Hawking for ages. But it was only in 2019, that scientists at the Event Horizon Telescope finally captured the first image of a black hole! Behind this breakthrough was 29-year-old, MIT graduate Katie Bouman – a scientist whose algorithm helped take the image!

Other honourable mentions include:

The spirit of science is to keep exploring! There were many scientific discoveries that changed the world in the last decade and more are yet to come!

Is there something about the world that makes you curious? Let us know in the comments!

4 Off-beat Indian Festivals That You Should Know