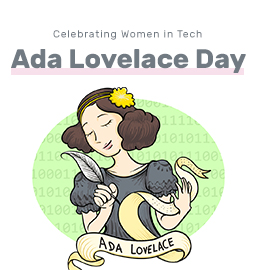 Women around the world have made great discoveries, created engineering marvels and helped in the development of the STEM field over the past centuries. This Ada Lovelace Day ( which is celebrated every 2nd Tuesday of October), we celebrate the Indian women who braved society and innumerable challenges to follow their dream. We hope they are an inspiration to all the young women out there who love Science, Math, Engineering and Technology and want to help the world develop towards a bright future.

Madhulika Guhathakurta : Having received a masters degree from Delhi university, Madhulika moved on to receive a PHD from University of Denver and is now one of the leading physicists in the world. She is currently a member of the team working for the Mission Solar Probe Plus at NASA.

Prerna Sharma : Referred to as “ The Scientist of Small Things” in the Forbes’ 30 Under-30 list, Prerna is the youngest Assistant Professor at the Indian Institute of Science, Bangalore. Her specialisation is in the field of condensed matter physics, which she contributed to greatly during her time in Brandeis University in USA.

Anandibai Joshi (1865-1888) : The first Indian woman to receive a medical degree did not have an easy journey. After losing her son to disease a few days after his birth, Anadibai took it up as her life-long mission to pursue medicine. She travelled all the way to America from where she finally got her degree.

Rajeswari Chatterjee (1922-2010) : The first Indian faculty member of the IISC, Rajeshwari was also the first female engineer from Karnataka. She is best known for setting up a lab at IISC to pursue research in microwave engineering, the first of its kind in India.