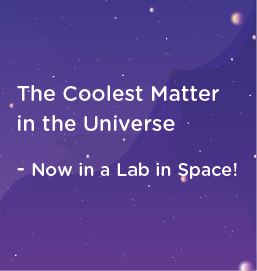 We have all heard about the three states of matter – solids, liquids and gases. But did you know that these are not the only ones?

While these three states of matter are commonly found here on Earth, there are two more states of matter that are not usually found naturally on the planet. The fourth state of matter is called ‘plasma’. Plasma consists of highly charged particles with extremely high kinetic energy. Have you ever seen a glowing neon signboard? That’s plasma. These glowing signs use electricity to ionize the electrons of inert gases (like neon, helium, argon etc.) to the plasma state. Plasma is a really, really hot state of matter. Stars are basically super-heated balls of plasma! 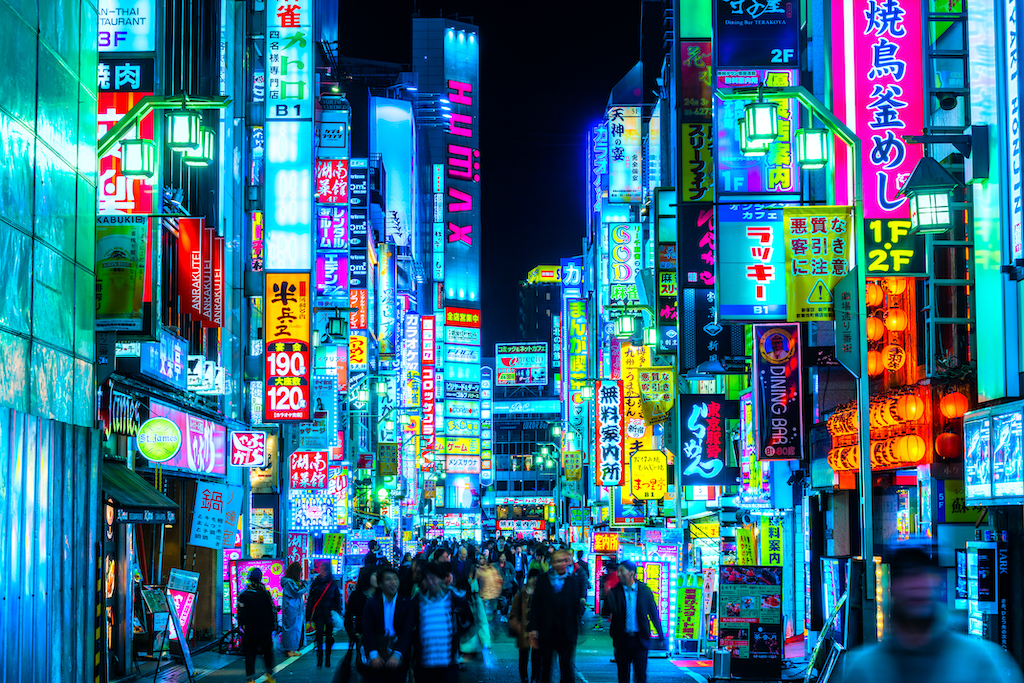 Neon lights use electricity to ionise the gas into the plasma state, which gives them that familiar fluorescent glow.

Then there’s the mysterious fifth state of matter called Bose-Einstein condensates. While plasma is a super-hot state of matter, Bose-Einstein Condensates or BECs are super-cooled matter. When we think of the word condensation, we think of steam cooling to form water droplets. BECs work on a similar principle but at temperatures that are extremely low. In fact, the temperatures are close to what in science is called the ‘absolute zero’ or -273 degrees celsius.

Bose-Einstein Condensates were first created in a laboratory in 1995. Using a combination of lasers and magnets, two scientists – Eric Cornell and Carl Weiman – cooled a sample of rubidium to within a few degrees of absolute zero. At this extremely low temperature, molecular motion comes nearly comes to a stop. Since there is almost no kinetic energy being transferred from one atom to another, the atoms begin to clump together. There are no longer thousands of separate atoms, just one “super-atom.” 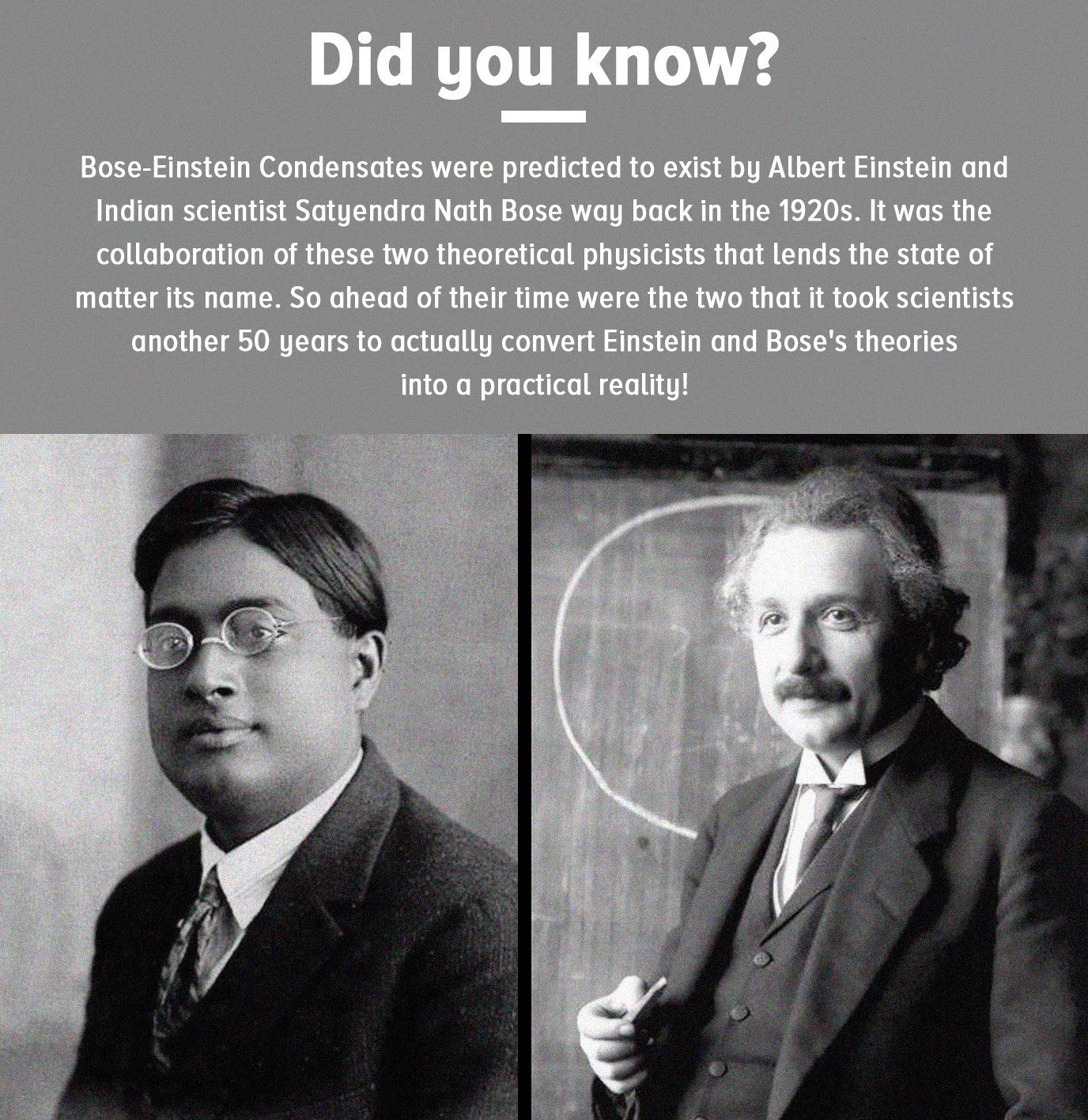 This super-atom cloud state is so strange that it does not obey the regular rules of physics that solids, liquids and gases do. The particles of this mysterious state behave more like waves and less like matter! This wave-like behaviour of particles is of great interest to scientists who study quantum physics and other such related exotic phenomena.

The Gravity of the Situation!

The challenge in studying BECs has been its highly delicate state. The weakest of external forces acting on the condensate causes the molecules to pull away. Even the force of gravity is enough to pull the molecules apart. For 25 years, quantum scientists tried different ways of creating BECs in an atmosphere free from external forces. Now, in a recent breakthrough, scientists have successfully created Bose-Einstein condensates in a place where there is almost zero external interference – in space!

The new breakthrough comes from physicists behind NASA’s Cold Atom Lab, which began operations on the International Space Station in June 2018. By creating BECs in the lab aboard the ISS, scientists have shown us how the conditions of microgravity in space can allow us to create phenomena that would otherwise be impossible on Earth. 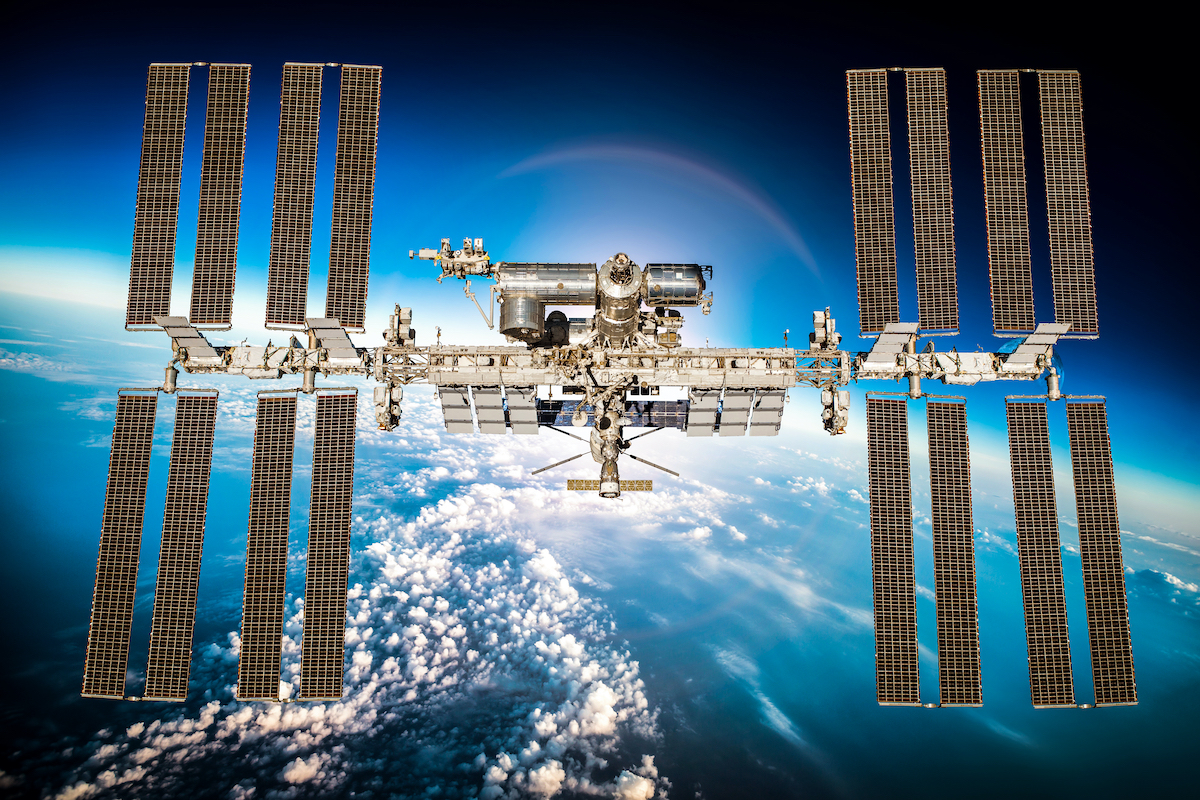 The Cold Atom Lab has been operational aboard the International Space Station since 2018 and is set to be the coldest laboratory in the known universe!

A chilling matter of time and space

Bose-Einstein condensates are so delicate that they can only be observed for a few fractions of a second. The condensates created at the Cold Atom Lab was created at 200 trillionths of a degree higher than absolute zero and was observed for an entire second. In the future, the team hopes to take the temperature down to a record 20 trillionths of a degree and create condensates that last for 5 seconds. If successful, that would make the lab the coldest place in the known Universe! Brrr! Chilling, no?

Did you enjoy reading about rare states of matter and space? Looking for more? Check out some more related tidbits from The Learning Tree:

Could life thrive in a hydrogen-rich world?