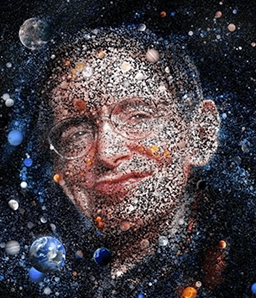 A Brief History of Hawking

“I am just a child who has never grown up. I still keep asking these ‘how’ and ‘why’ questions. Occasionally, I find an answer.”

He was an exception, a genius and a curious mind. Challenging the future, racing against his own time, he might be one of the powerful examples of sheer determination and hope. He made way ahead…in his wheelchair, traveled around the world, studying and giving lecturers about Time & Space.

Yes, we are addressing the prodigy, the King of Physics- Professor Stephen William Hawking, a Physicist, Cosmologist and a dreamer. “Although I cannot move, I have to speak through a computer, but in my mind, I am free,” said Stephen Hawking during one of his lectures.

Here is a brief rundown of the brilliant theoretical physicist and his groundbreaking works in the field of Cosmology and Physics.

His race against time and life 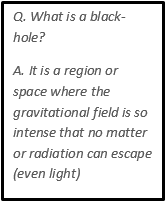 under the force of its own gravity?’ He claimed that the star would crush itself to a tiny point of infinite density where time itself would come to a stop. He called it a ‘singularity- the heart of a black hole’.

The concept of singularity refers to a one-dimensional point which contain huge mass in an infinitely small space, where density and gravity become infinite and space-time curves infinitely and where the laws of physics as we know them cease to operate. Basically, it is the center of the black hole where gravity is thought to approach infinity.

Hawking applied the same notion of singularity to the entire universe, and there he had the ground-breaking discovery about the universe.

A series of Achievements

The next finding on black-hole

Initially, it was believed that a black hole can only increase, never decrease in size. It was very obvious since nothing can escape that gets close, it can only swallow more matter and gain mass.

But later it was discovered that black holes emit radiation, (known as Hawking Radiation) and gradually disappears. It was a remarkably important discovery as this result unified the Relativity theory, Quantum Theory and Fermi Dynamics, the unification of 3 concepts in the Physics.

“We are just an advanced breed of monkeys on a minor planet of a very average star. But we can understand the Universe. That makes us something very special,” said Stephen Hawking, the man who was certainly an outlier- who lived for 55 years with a disease which only had an average life-expectancy of 3 years. He defied the odds, not only attained his Ph.D. but also forged new roads into understanding the universe for decades.