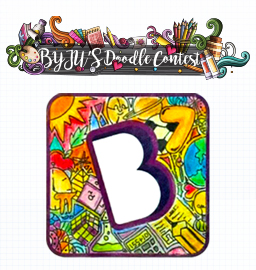 Celebrating our 7th Anniversary with BYJU’S Doodle Contest, our inbox was flooded with tons of beautiful entries from talented young artists from across India and abroad. It was truly overwhelming to see so many of you express what BYJU’S mean to you in the most creative and thoughtful ways.

We received some extremely outstanding doodles that were very unique in its own way. Thank you so much for adding more life and color to BYJU’S on this very special occassion 🙂 🙂

Picking out one winner out of a sea of entries was definitely not easy. However, one entry truly stood out in terms of its concept, artwork and how it embodied the spirit of ‘7 years of learning’.

A Big Congratulation to our ‘Star Doodler’

Also, a huge round of applause to the top 10 entries that made it to the final list 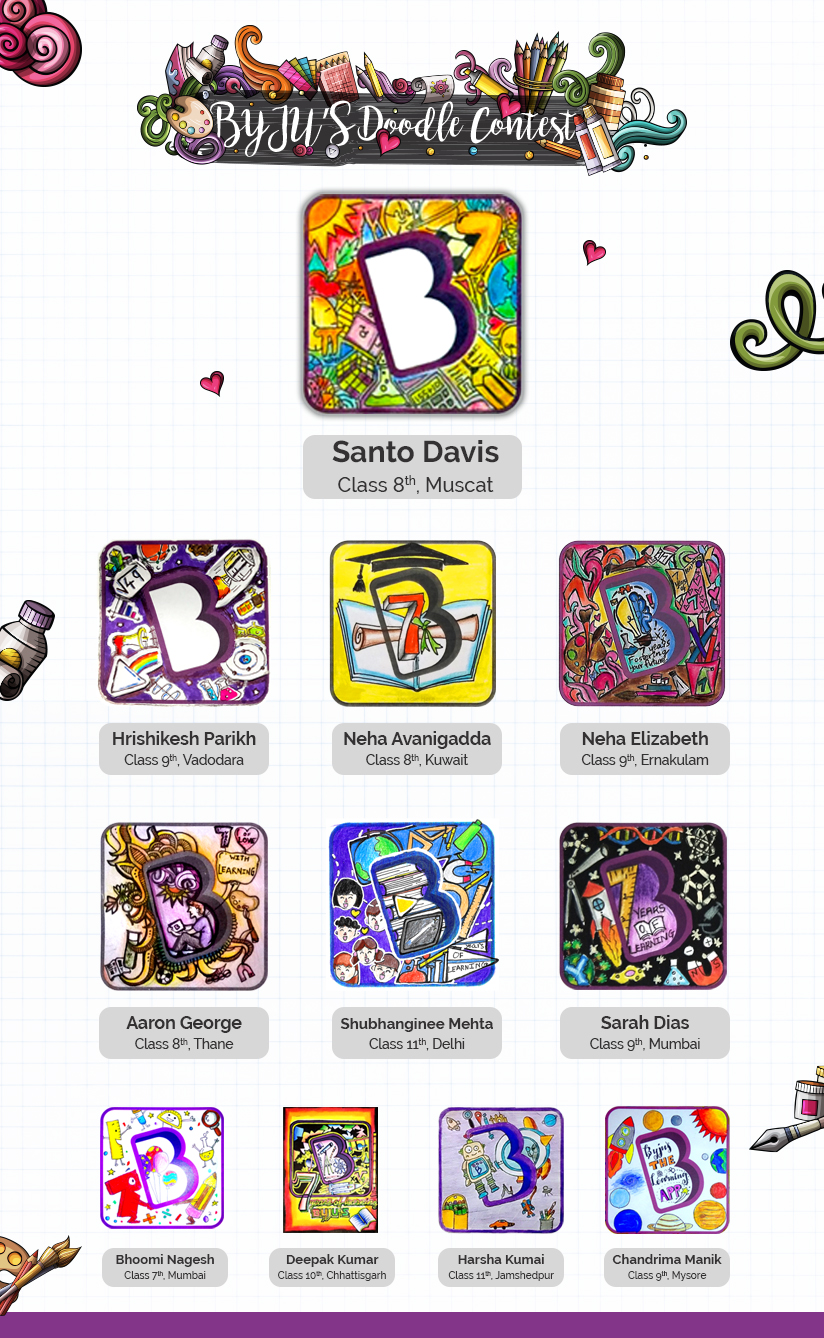