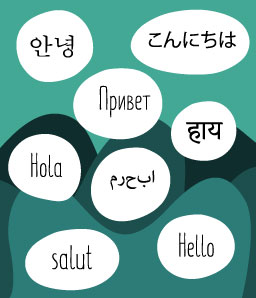 I have no body
I have no mind
I am not alone
There are many of my kind
I cannot see
Work, I cannot do
But I can live and die
And be born anew!

Can you guess who this is? A bird? An animal? Perhaps, a special kind of fungus?

Well, the answer is language.

Languages are arguably the only non-living things that can live, die, or go extinct. Today, let’s explore how without being alive, language still interacts with people to form its own life.

To start things off, let’s visit our good friend Ceaser to see if languages can actually die.

Words that are no longer spoken

It was a warm summer night when Julius Caesar was feverishly writing a letter to the Roman Senate. The light from the candle on his desk illuminated the pure determination in Caesar’s eyes. He had just demolished an army in what is now modern-day Turkey and was eager to relay his victory to his homeland. But a regular letter with the details of the battle wouldn’t convey the glory of what Caesar achieved. That’s when Caesar came up with the three words that would make his mother-tongue, Latin, immortal.

Latin is one of the most famous dead languages in the world, meaning that there is no community in the world that uses Latin as its native language. But dead languages don’t always get wiped off the face of this earth when its last native speaker dies. In this case, Latin actually gave birth to a lot of other languages. 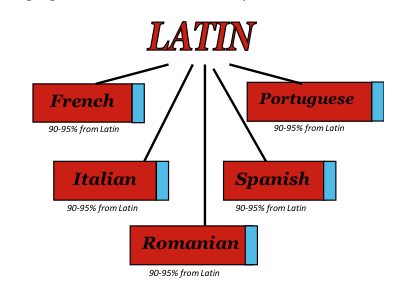 Even English gets 1/3rd of its vocabulary from Latin!

Languages can also become extinct when its last native speaker dies before it gives birth to any other language.

But how do languages that are spoken by so people end up dead or extinct?

How one language takes over the other

Languages often become extinct or dead because the native speakers start talking in a more “prestigious” language. This prestigious language could be one that is associated with higher social status or may lead to better opportunities in life. For example, during the early days of the Soviet Union (what is now many different countries in eastern Europe), a lot of young adults started learning Russian because most of the government institutions functioned in that language. This meant that if you knew Russian, you had better career opportunities!

As younger generations speak less and less of the native tongue, those languages eventually disappear.

Here are a few languages that have now become extremely rare, but used to thrive once upon a time:

Spoken now only in a small village in Turkey, this language doesn’t have words. Instead, it is made up of whistles! Kus Dili originated in a highly hilly area, where it became necessary to communicate across long distances. Hence, whistles served the purpose better than words!

Less than 10 people on the islands of Japan speak Ainu. The unique quality of this language is that it has no written script. For generations, people learned this language orally! A language isolate (meaning that it is not connected to any other known language), Ainu doesn’t have tenses in it either!

Spoken by only a few hundred people in Arunachal Pradesh, Koro was a hidden language! Only 10 years ago did people outside the native region come to know about its existence. Koro stayed hidden for so long because most of its native speakers could speak a different, more common language. Given this fact, it is fascinating that Koro has survived for so long!

Once spoken by many people in the Amazon forests, Taushiro has only one living speaker left on Earth. Like Ainu, Taushiro is also a language isolate. When an epidemic in the 1960s killed huge numbers of Taushiro native speakers, the language took a hit. Now, Amadeo García García is the only man left on the planet who can speak it. When he dies, Taushiro may die with him.

UNESCO estimates that by the end of the century, one-third of the world’s 7000 languages may die. However, don’t you think diversity in culture and language is what makes human beings so fascinating? Imagine going on a vacation to a new place and finding nothing new or different, wouldn’t it be disappointing? Diversity makes us stronger and makes life more interesting; the same applies to languages too!

After reading this article, would you like to increase the number of languages you speak? How many native languages do you currently know?

10 Things Made By Women Inventors That You Must Know

Do You Know About These Rare Flowers?

Origin Story: How Was LEGO Made?

Weird But True: 10 Fact About Plants That Will Blow Your Mind!